E-Rope Charges Batteries as You Jump

The coaches that were at my elementary school were a special breed of sadists. They used to line up a bunch of first graders, hand us super long jump ropes, then stood back as we tried to jump, got tangled, fell down, and were beat with the ropes of our peers as they flopped around. The only thing a jump rope ever did for me was leave welts. 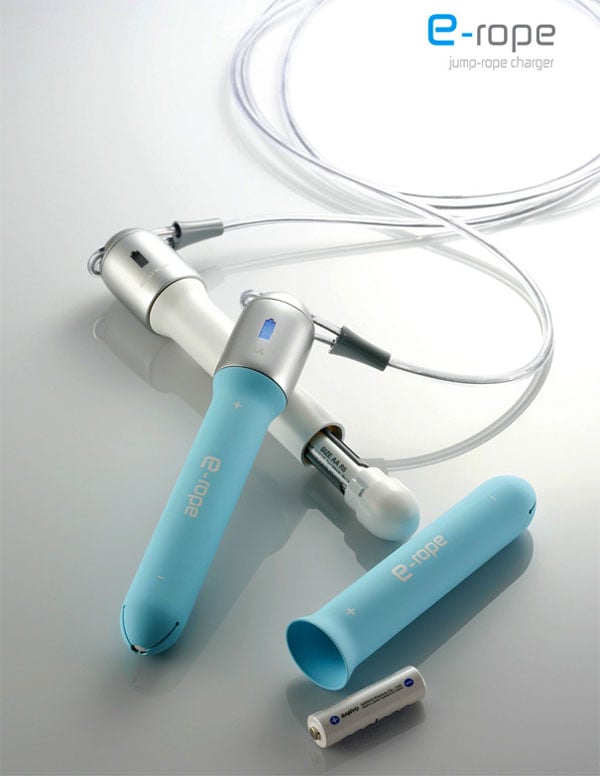 This new jump rope concept (which is a very strange thing to write) called the E-rope has turned up at Yanko Design. The concept might still leave welts on the uncoordinated, but it will actually do something else — charge AA batteries.

Each handle of the E-Rope holds a pair of AA batteries that are charged by the motion of the rope spinning around. A LED on the concept shows when the batteries are fully charged. The designer says 20 minutes of jumping will charge the batteries fully. On the other hand, plugging your rechargeables into a wall charger will net the same results without you cracking even the slightest of sweats.