While cutting holes in the side and installing interior lighting in the original Xbox 360 has become pretty much the casemodding norm these days, it took a little while for the first original 360 to get modded in this way. Not so much with the new 360. 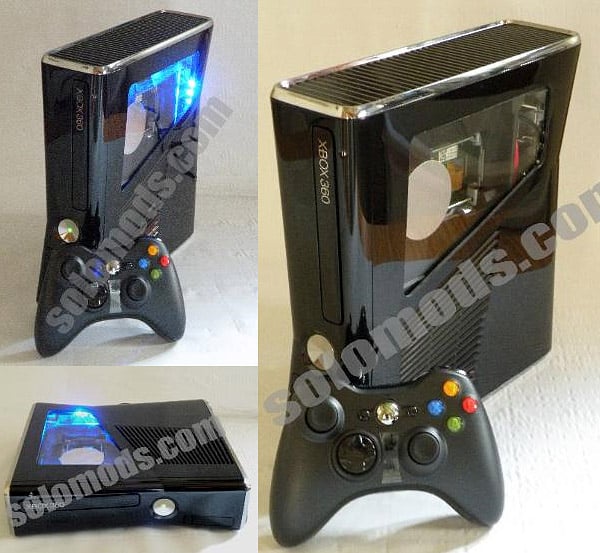 It took just a couple of days after the release of the slimmed-down New Xbox 360 for Solomods to rip open their shiny new black Xbox 360, cut a hole in the side of it, and install cool blue LED lighting inside the case. You can see all the guts of the 360, as well as your game DVDs spinning around inside, thanks to the see-through panel included in the casemod.

Sure, I suppose it’s not the most unusual mod we’ll ever see on the new 360, but it does really look cool, and you have to hand it to the guys for their rapid time-to-market. Best of all, if you like what you see, you can order this mod for your own new 360 for $129 (USD) over on the Solomods website.