What would have happened if you could have had an iPod, a laptop, or a cellphone all the way back in 1977? Designer Alex Varanese decided to go back in time with his modern gadgets to see what life might have been back some 30+ years ago, but with today’s tech. 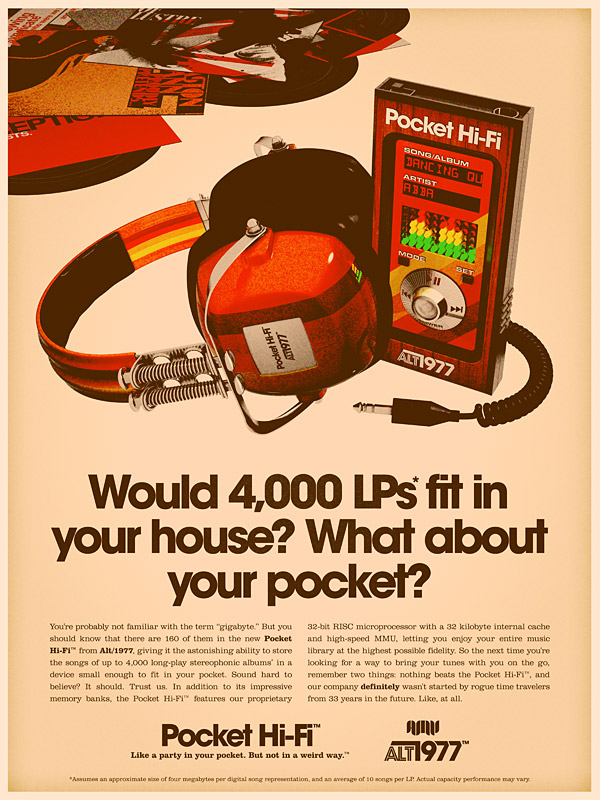 Alex’s series, ALT/1977: We Are Not Time Travelers envisions an alternate 1977 in which he was able to go back with his knowledge of 21st century technology, and market it to the retro-disco set. 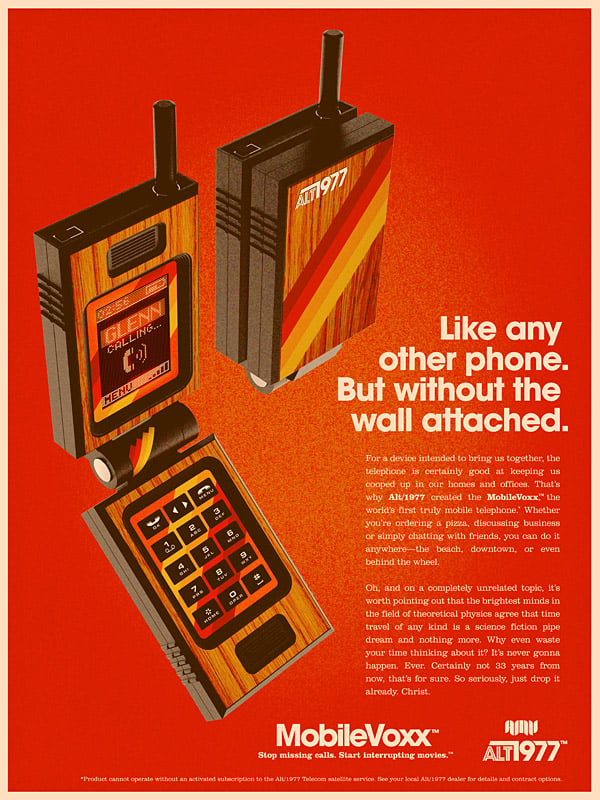 I can’t decide which item I like the best, but there’s something about that “Pocket Hi-Fi,” complete with ABBA playing on it that’s pretty priceless. Although the 1977 LapTron 64 looks mighty capable, despite its period-appropriate woodgrain paneling. 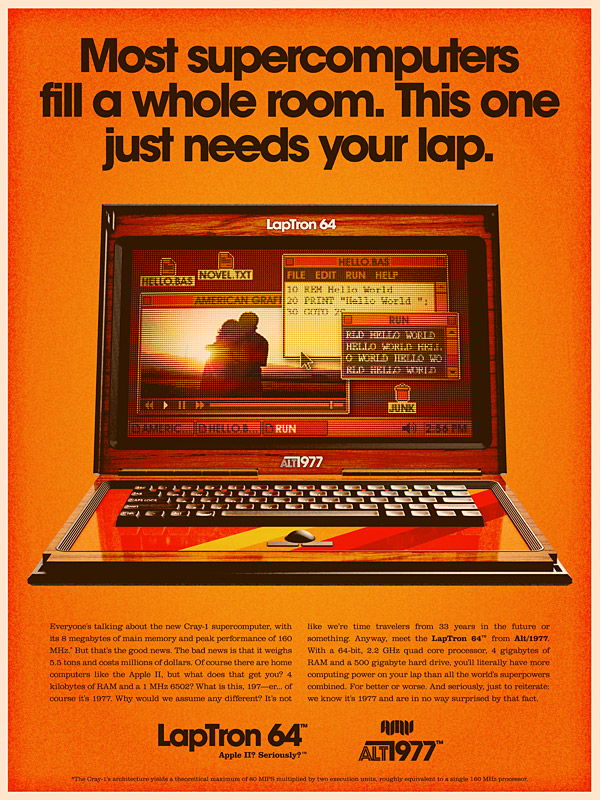 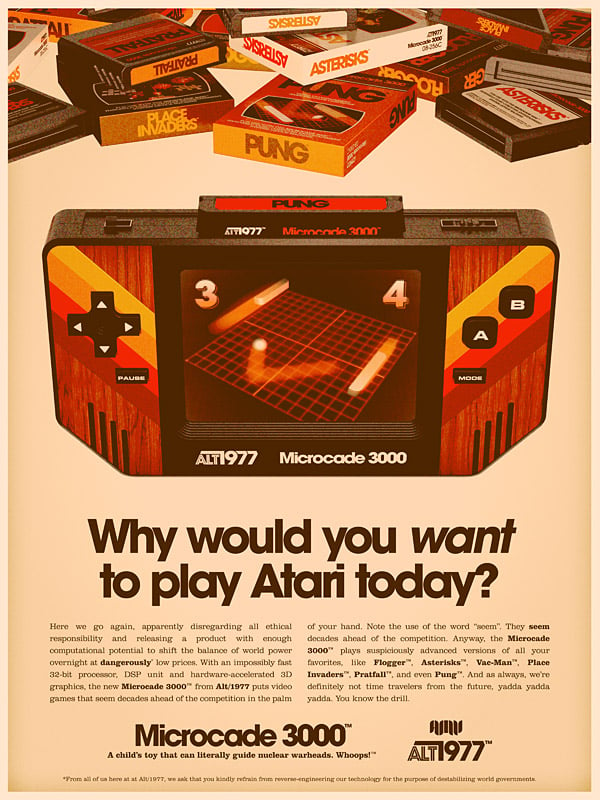 Great names on those portable video games too. Pung, Flogger, Place Invaders and Asterisks. All of my favorites – if I lived in a parallel universe, where RCA Videodiscs beat both Betamax and VHS, and the Fairchild Channel F won the console war.

You can check out the full set of Alex’s ALT/1977 illustrations over at Behance.