Hitachi Emiew2 Robot: Ready to Assimilate You With Cuteness

Hitachi just unveiled an updated version of its humanoid robot, the EMIEW2. This interesting acronym stands for Excellent Mobility and Interactive Existence as Workmate2, which probably sounds way better in Japanese. 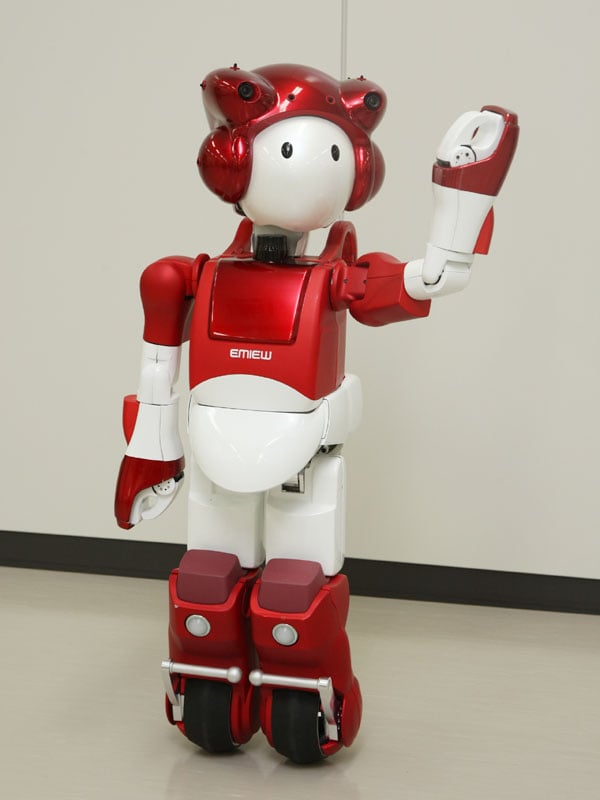 This ‘bot is actually kind of amazing since it can scoot around on uneven ground, including bumps up to ½ an inch. It can also distinguish different human voices and speak with people. Its top speed is around 4mph and it’s about 3 feet tall. The little guy weighs 30 lbs, so you should be able to take him in a fight.

It looks so cute right now, but we all know that in the coming robot apocalypse, these things will take over and become our masters.