Making Pictures With Water and Waves

Not that this idea is really good for anything other than looking cool, you’ve gotta hand it to these Japanese researchers, who have managed to create a special tank which can momentarily suspend illustrations in water. 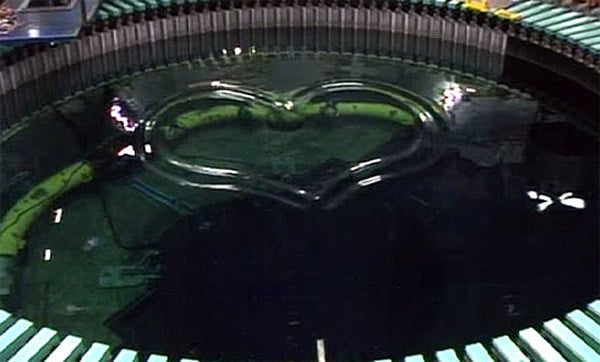 By sending precisely coordinated pulses through the water, the National Maritime Research Institute is able to generate  pre-determined shapes out of the waves. So far, all they’ve been able to muster is primitive shapes like hearts, stars, a musical note, and the letters NMRI. Someday we hope they figure out a way to create a real life version of the water creature from The Abyss.

If you’re interested in how they did it, here’s a technical explanation (translated from Japanese). You can check out more videos of the wild wave action here.

[via Japan Probe via DVICE]