Myon Humanoid Robot Looks Cute, but Only has One Eyeball

It looks like another company is working on a cute humanoid robot. This time, the ‘bot comes from Germany, and he’s some kind of walking cyclops. 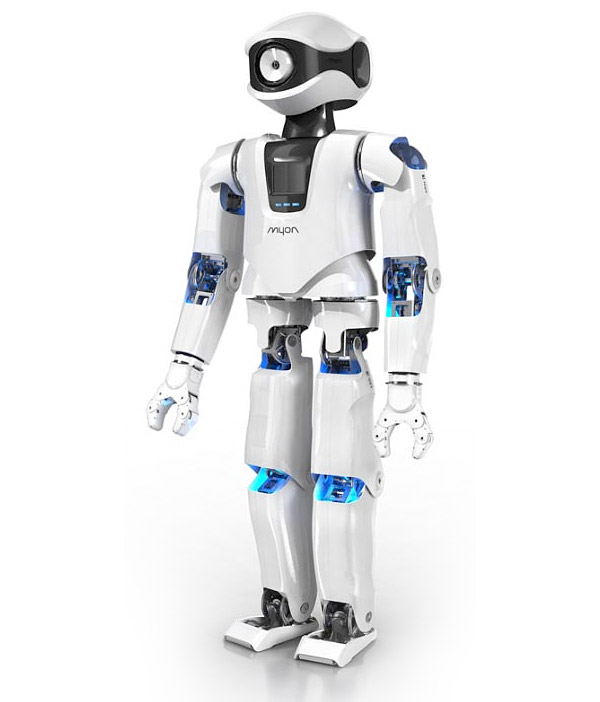 The Myon robot is about 50 inches tall and weighs 33lbs. Myon is an interesting robot because of a few different things. He’s got 48 joints and 192 sensors. His skin is made out of Bayer makrolon and a layer of glass fiber-stabilized polycarbonate to protect him. 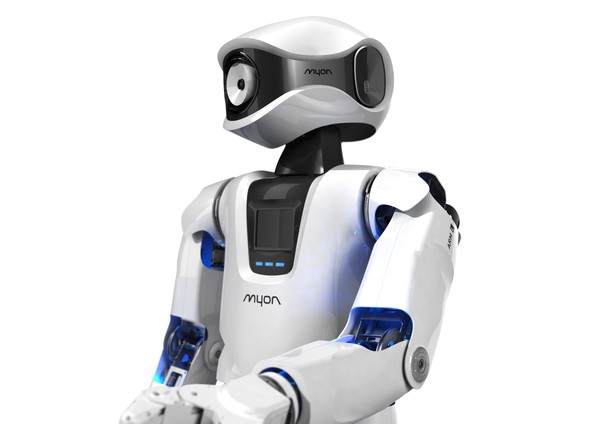 What I find most interesting is that this bot is also modular. Any part of him that’s damaged can be easily swapped out – sorta like the robots in Woody Allen’s Sleeper. Here’s some footage of an early incarnation of Myon getting test-driven:

He was designed by the studio Frackenpohl Poulheim from Cologne and developed at Berlin’s Humboldt University as part of the European ALEAR (Artificial Language Evolution on Autonomous Robots) research project.