Apple rumor website LOOPRumors said on Tuesday June 22 that they received “a tidbit of information” suggesting that Apple is currently working on an iMac capable of running both OS X and iOS. In other words, a touchscreen iMac. MacRumors says that LOOPRumors doesn’t have a good track record, although this rumor ties in nicely to an earlier rumor from a Taiwanese newspaper that claimed that Apple will be releasing 22-inch touchscreen iMacs later this year. LOOPRumors adds that these chimera iMacs will be unveiled at a special event (no shit) “within the next 60 days.” 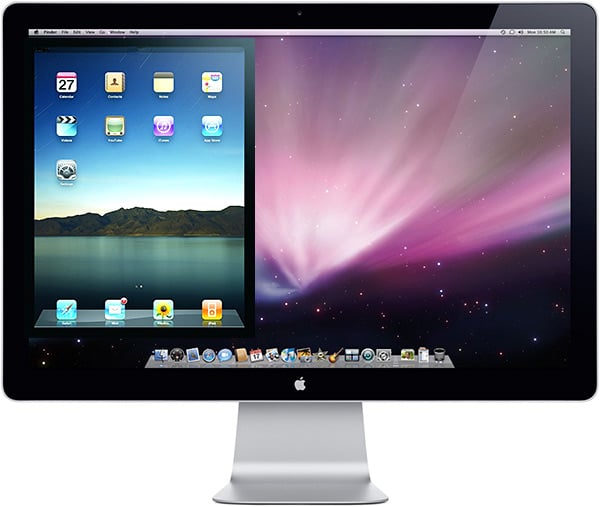 A New York Times article published earlier this year also quoted a former Apple senior engineer, who said that it’s possible that the company would rather layer iOS over OSX, rather than come up with a full touchscreen interface for “larger form factors”. I don’t really care for touchscreen-enabled desktops, Apple or not. The fact is that for larger screens, the good old mouse and keyboard combo is still the best way to navigate the UI

Aside from multi-touch controls – none of them are essential if you ask me – anything that you can do with a touch interface, you can easily replicate using a mouse, and with less strain too. So why bother? LOOPRumors says that “such a move will assist developers in building and testing iOS apps, while opening up new possibilities for touch-screen computing.” Point taken. Still don’t care. Would you buy a touchscreen iMac?