Hoodiebuddie is a Hoodie With Headphones for Strings

oI have a few hard and fast rules when it comes to fashion. No flip-flops or sandals unless you are at the beach is the first. No hoodies once you are old enough to make your own clothing purchases – unless you are running a marathon in the cold is the second. And the third and most important is just because they make it in your size, doesn’t mean you should wear it. That last one is hard for some people; I’m talking about the large folks out there and Spandex. ‘Nuff said. 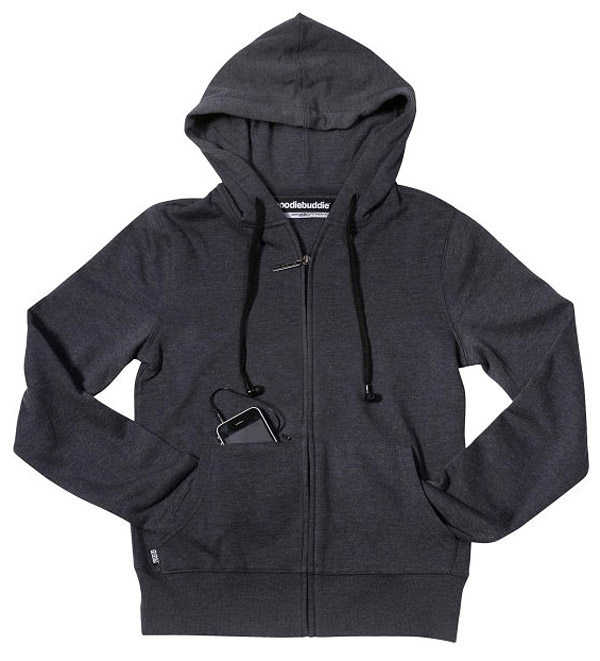 The unusual Hoodiebuddie hoodie has surfaced, and while it is in clear violation of rule number one, it might be of interest to some of you with less stringent requirements for not looking like a goon. The thing looks like a normal hoodie, only the strings for the hood are actually headphones for your music player.

I will say that those strings look weird poked in your ears and someone will think you have just crammed the drawstring in your ears. My 5-year-old daughter would totally get this. I caught her chasing the other kids around the yard when it was cool out in early spring with the strings to her hoodie crammed up her nose. When I asked why she looked at me like I was crazy and said her nose was running and snot tastes gross, which sort of made sense.