Pokemon Black/White has 3 on 3 Battles

A new trailer for the upcoming Nintendo DS game Pokémon Black/White offers a peek into some of the game’s new monsters and new features, including team battles – the trailer showed 2-on-2 and 3-on-3 fights. I wonder if the game will have pokémans so tough that you’ll have to use all six of your monsters at once just to beat one of them. Something like a Yiazmat Pokémon. •shiver• 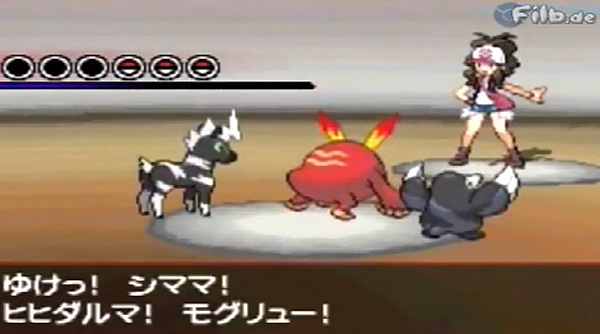 Is that a My Little Pony Pokémon up there?

I can almost hear the Nintendo execs singing: Money, money, money, moooney! Now, before you get too excited about the September 18 release date, remember that that’s for Japan only; the game will be released in North America and Europe in Spring 2011.