A Japanese media retailer called Geo reportedly revealed that a Sony PSP-4000 would be coming out this year. I say “reportedly” because the leak is in Japanese; the PSP-4000 is mentioned at the bottom of the chart you see below. The chart below is just a part of a bigger chart, which in turn is just a part of this report (pdf). Anyone care to decipher these mysterious symbols? Yeah, we know it’s in Japanese.

Meh. This feels off, especially since E3 just came and went and Sony didn’t mention anything about a new PSP, which would have stolen some of the attention that the 3DS got. We’ll know sooner or later. Whatever the case, I’m pretty sure it looks nothing like this monstrosity: 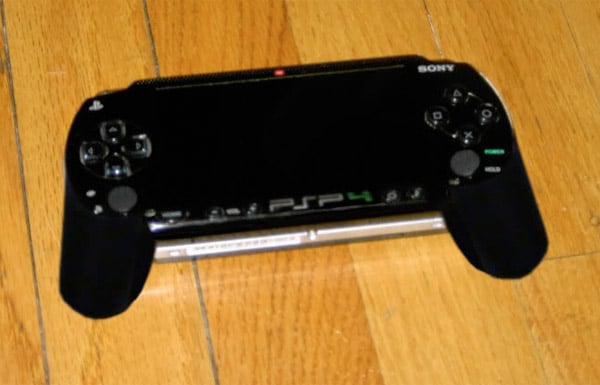 While we’re still free to imagine, what would you like to see in a new PSP? I’d like support for more video and audio files, and re-released PS2 games, kinda like what Sony is doing with PS1 games now. I want to play Front Mission 5 dammit.

[via The Sixth Axis]