Woot! Art Lebedev Studios has just posted this image of their soon-to-be-real follow up to their incredibly cool (but pricey) Optimus Maximus OLED keyboard, and it looks spectacular. 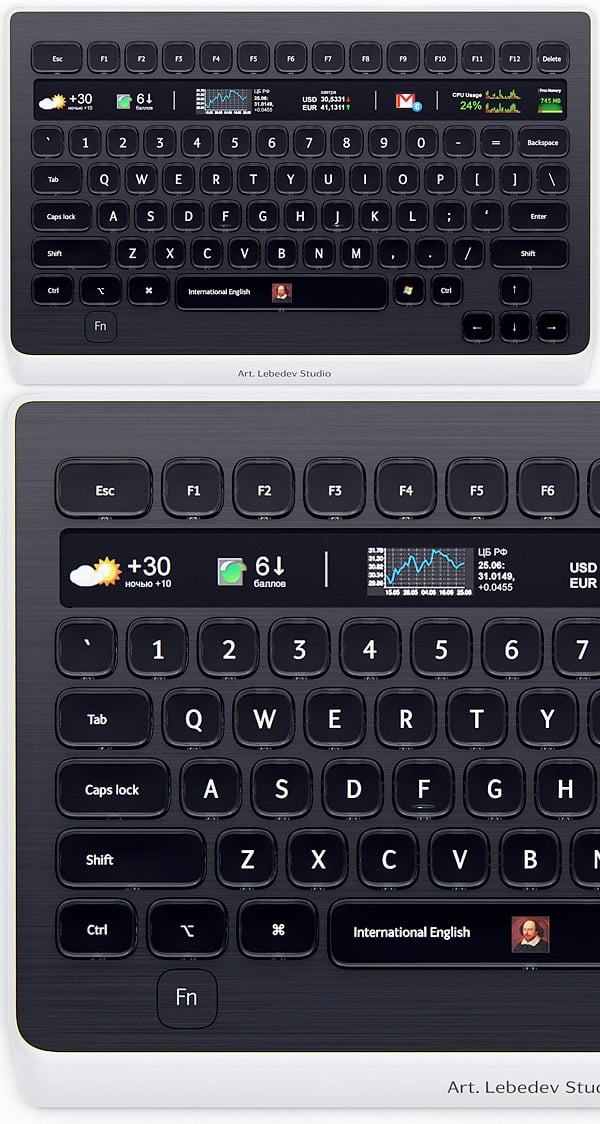 The new Optimus Popularis keyboard design features higher resolution keys than the previous model, and will sell for “less than $1000”, which is about $600 bucks less than the Maximus. Each key features a 64×64 pixel programmable display, and rounded-corner keys that are more what you’d expect on a new computer compared to the old model. In addition to the programmable keys, there’s a nifty full-color display which can show widgets via your computer’s USB connection. 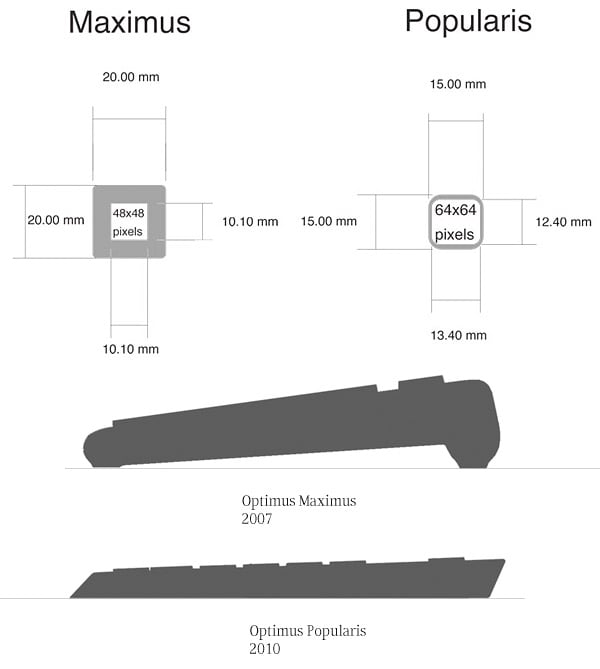 Now according to Lebedev, they’re not using OLED this time, but it’s unclear what the display tech will be. Whatever it is, it looks cool.  I can’t wait to get my hands on this bad boy when it hits stores early in 2011. Pre-orders start later this year. 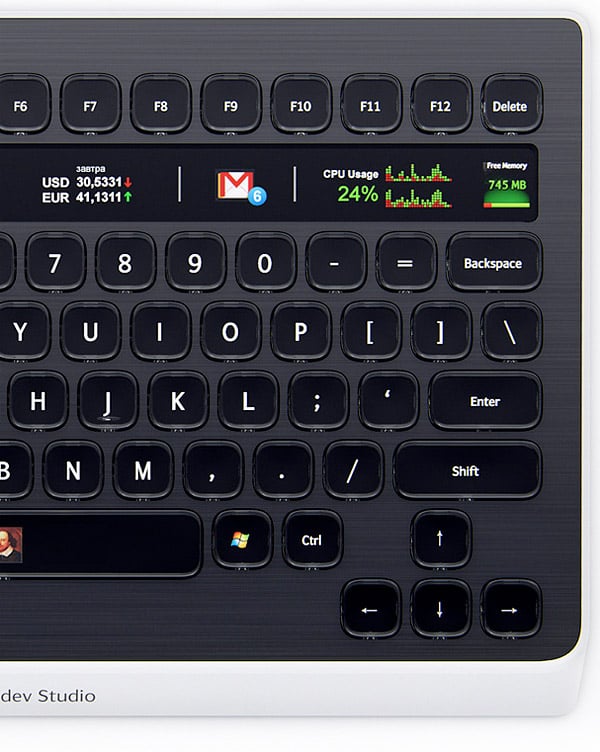 Check out the full-size image, and more details over at Lebedev’s blog.