The main competitor to FIFA, Konami’s Pro Evolution Soccer franchise (aka Winning Eleven), finally gets ported for the iPhone, iPod Touch and iPad. The game has two control schemes: the first is a “true flow” control system that uses the accelerometer and touch controls, while the second scheme offers a virtual d-pad and buttons, which will suit more advanced players. 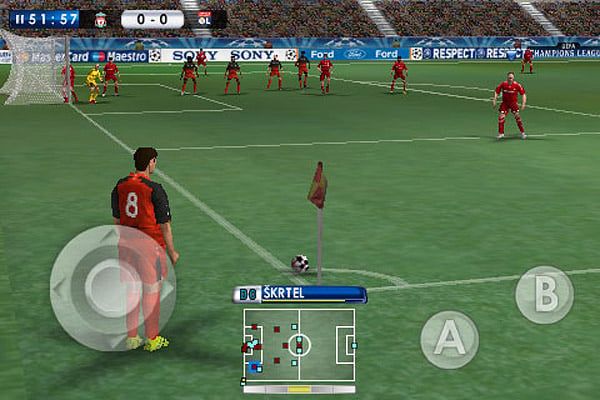 Like its console counterparts, there are Champions League and Europa League modes. I think the national teams that are licensed in the console versions are here as well, like Spain, Argentina, Japan and Italy. Here’s Konami’s trailer for the game:

I looked at a couple other gameplay videos and I saw that the game’s graphics are decent, and the gameplay is smooth. However, people who bought the game have some complaints. The most important warning I read about is that the game is incredibly sluggish on a iPhone 3G (but should be fine on newer models). Others say that the game’s AI is dumb, and the lack of versatility in terms of types of shots and passes that you can pull off is disappointing. I’m a die-hard PES fan though, so if I had an iOS device I’d still buy this and see for myself. You can buy Pro Evolution Soccer 2010 at the App Store (link opens iTunes) for $7 (USD).