The Social Network Movie Trailer: Are You Still Using Facebook?

Are you still using Facebook? Of course you are. Well, this October, you will be watching it on the big screen, because Mark Zuckerberg’s story will come to your neighborhood multiplex, courtesy of acclaimed director David Fincher. 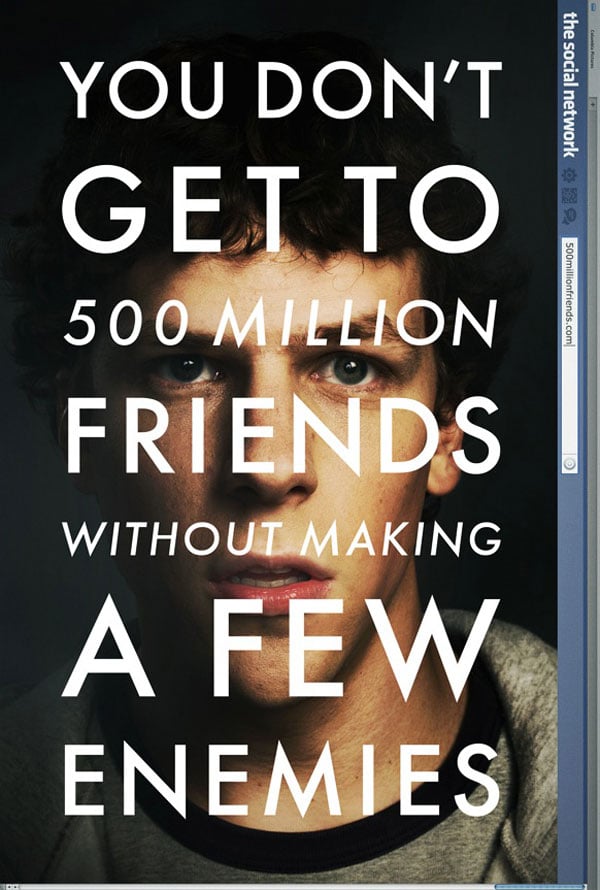 Based on the book The Accidental Billionaires: The Founding of Facebook: A Tale of Sex, Money, Genius and Betrayal, I’m sure that this movie will be very interesting, telling the tale of the turbulent beginnings of the social networking juggernaut.

During the holidays, I decided to stop using Facebook. I still check in from time to time, but overall, it’s only once every few weeks, not daily. I used to have a tab open while I was working, checking up what was going on. At one point, I just stopped caring about my so-called fake and virtual friends. Between my blog, twitter, and email, as well as all of the feeds of the blogs I follow, I’ve got enough to check out. I’m not really interested in reconnecting with some douchebag I used to know in high school. How about you guys?