This mutant gadget from a company in China called “Expand” may look like an iPhone, but when you get a better look at it, you’ll realize just how much bigger (and shinier) it is than a normal iPhone. 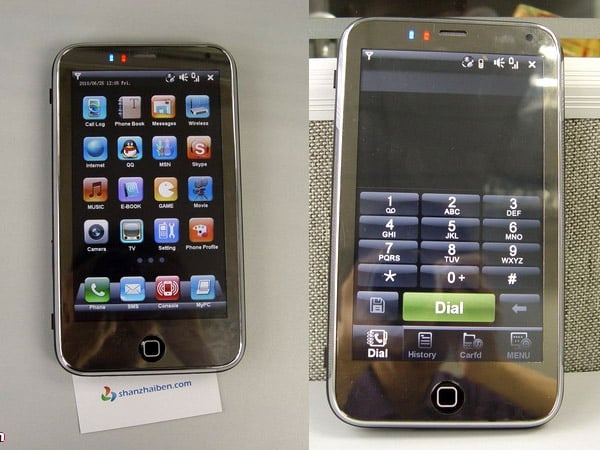 The Expand iPhone clone sports a 7-inch touchscreen with 800×480 resolution, and runs on a 1.2GHz VIA C7-M CPU. Under the hood, it’s got 1GB RAM, 16GB of SSD storage, and both 3G EVDO and Wi-Fi connectivity. And with a front-facing camera, it’s got pretty much everything you’d want in either an iPhone or iPad. Except that little part about running iOS applications. Nope, this mid-size portable actually runs Microsoft Windows XP (not even Windows 7?) 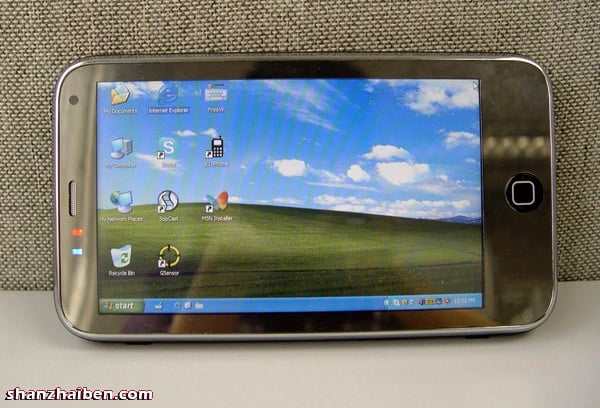 At this point, you’ll have to dig around the streets of the Shenhzen region of China if you want one, where you can findone for 2500 Yuan (appx. $367 USD) – or inquire here if you’d like to buy in wholesale quantities.

[via Shanzaiben via Cloned in China]