Snub Fighter is a hilarious re-edit of the finale from Star Wars: A New Hope. 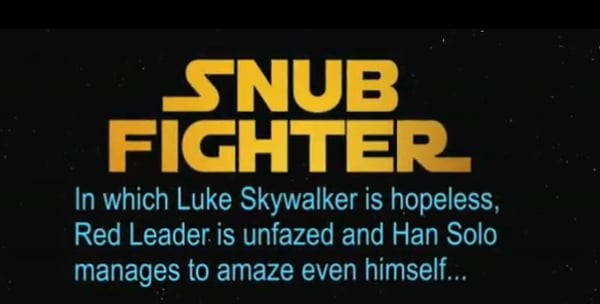 Edited by Mark Dury from Thoughtbubble Design Concern, in Snub Fighter, you will discover a new Luke Skywalker – someone who is dangerously incompetent, who’s always late for the attack, disobeys orders, ignores Obi-Wan’s advice, and then misses his final shot at destroying the original Death Star.

I found this fan re-edit hilarious and had to watch it a couple of times to catch all its subtleties. I love the part with the two Stormtroopers arguing about needing Darth Vader to show his identification. Priceless.