By now, you’ve surely heard all the hullabaloo over the so-called “death grip” issue with the iPhone 4, which has intermittent reception issues if you hold your iPhone “wrong.” thanks to its innovative, but flawed antenna band design. So it was only a matter of time before the competition would take advantage of this flaw, and that’s just what these guys did in a flyer for Motorola and Verizon, touting the new Droid X.. 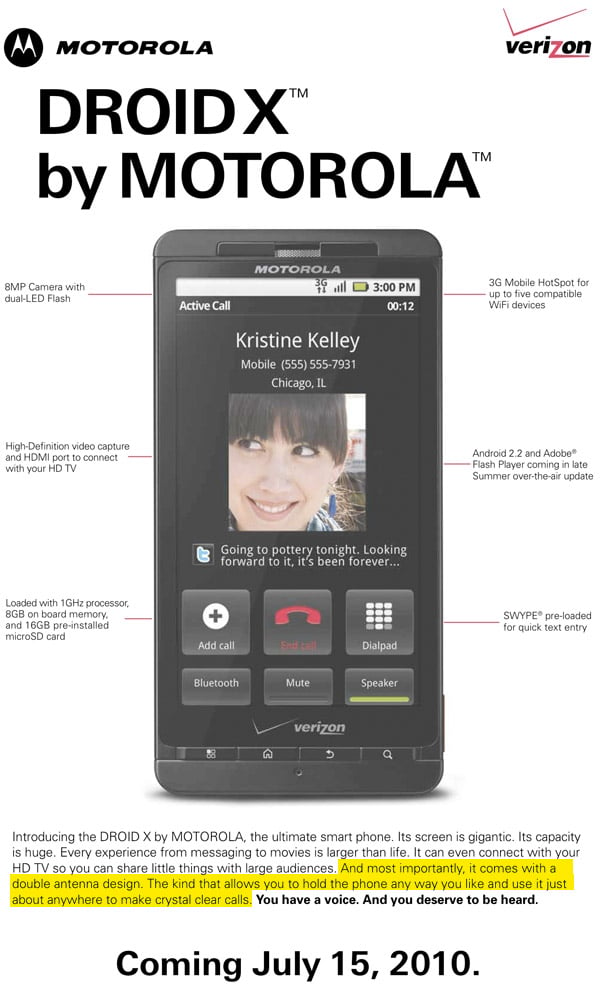 To quote the ad:

…And most importantly, it comes with a double antenna design. The kind that allows you to hold the phone any way you like and use it just about anywhere to make crystal clear calls. You have a voice. And you deserve to be heard.

All kidding aside, from what I’ve seen and heard, the Droid X looks like a really nice phone. I like the fact that it’s got an 8MP camera, a big screen, and, of course, double antennas. I wouldn’t want to hold my phone wrong and get my calls dropped. Of course, it doesn’t run iMovie…

[via BGR via Ubergizmo]