I have no problems with HDMI technology – it transfers uncompressed digital audio and video smoothly while using just one cable. Isn’t that great? But LG, Samsung and Sony think we could do better. The three companies and the rest of the founders of the HDBaseT Alliance will be pushing for HDBaseT technology, the specifications of which have already been finalized last June 29. HDBaseT allows for “a single LAN cable to replace multiple cables and connectors in the home entertainment environment, HDBaseT is optimized for video application.” 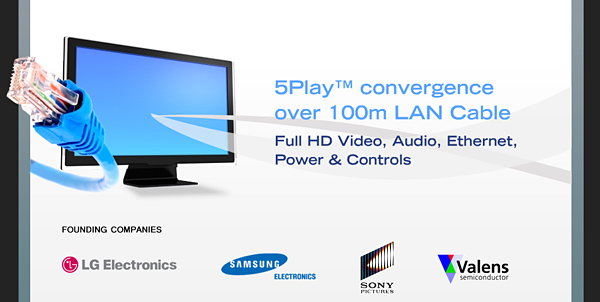 What are some of the advantages of HDBaseT? Well for one, it uses Ethernet cables, which are dirt cheap. The cost of a 5 ft. HDMI cable could probably buy you 80 to 120 ft of Ethernet cable. Also, as you can see in the banner above – it’s from the HDBaseT website – HDBaseT not only transmits uncompressed audio and video, it can also be used to link devices in your home network, as well as transmit power, kinda like a USB cable. Here’s a more detailed comparison between HDMI and HDBaseT, along with DisplayPort: 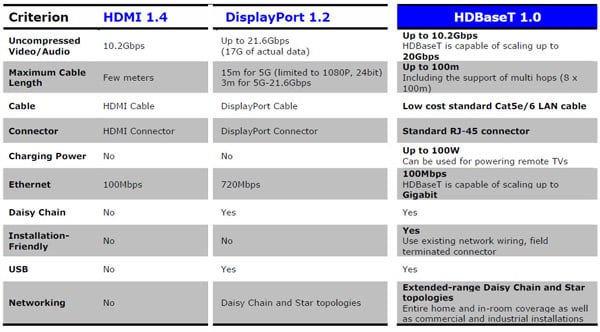 I’m really interested in seeing the new A/V devices that use HDBaseT; the ability to use long cables and transmit power and data over one cable sounds sweet. Check out the link below for more info.