Frash: Android Flash Ported to iPad: Could It Make Jailbreaking Worth It?

The quest to bring Flash to Apple’s tablet continues, and we have yet another contender. A developer going by the name of Comex (who also made the iOS jailbreaking software Spirit) has ported the Android Flash runtime to the iPad. 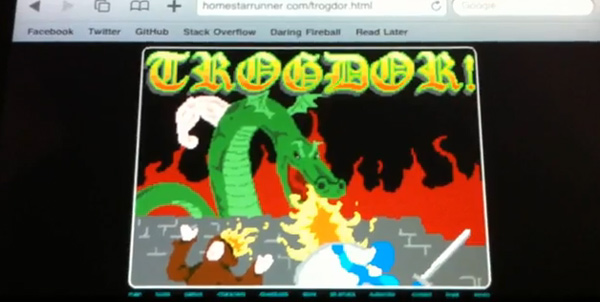 According to Comex, “Frash can currently run most Flash programs natively in the MobileSafari browser. Frash currently only runs on the iPad, but support for other devices (3GS+ only due to technical restrictions) is planned, as well as support for iOS 4.”

Frash is also neat in that it that it works like the tabs in Chrome; if the plugin crashes, MobileSafari will not be affected. The program is not yet stable though, and currently cannot play video or accept keyboard input. Comex says the latter is a simple task; unfortunately, video playback “will require major reverse engineering of the video decoding frameworks on the iPhone.” Damn… To cheer you up, watch as Comex burninates on the iPad:

Comex has posted the source code at GitHub, in the hope that developers would pitch in with Frash.  I don’t think there’s any chance that Apple would approve Frash as an app, so if it’s ever released, I’m pretty sure iPad users will have to jailbreak their tablet and get Frash from Cydia. Good luck Comex!