Wrist Flamethrower is an Accident Waiting to Happen, but We Still Love It

ShockSlayer is one of those guys you can rely on to crank out cool portable game consoles, and the (occasional light-up Zelda belt buckle) but it turns out that in his spare time, he likes to play with fire. 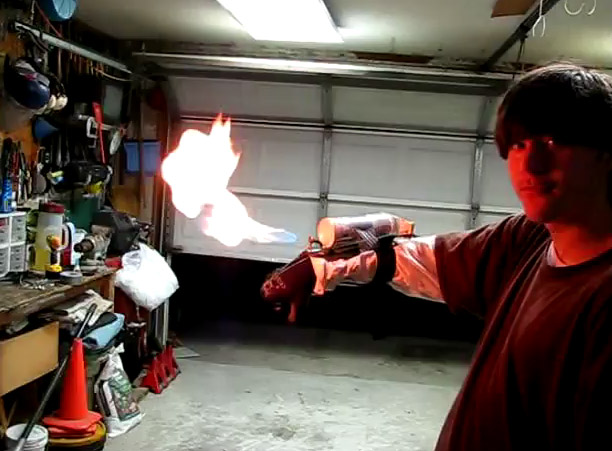 In this vid clip, SS shows off his work-in-progress wrist-work flamethrower in action. The rig consists of an aerosol can of butane, some tubing, a nozzle and a finger-controlled trigger made from string. It’s definitely not something I’d strap to my arm if given a choice.

Now SS hasn’t figured out a permanent source of ignition, so he has to start it with a torch, but once it’s going, it’s definitely something that could strike fear into the hearts of anyone who tries to mess with him.

While I can’t in good conscience advocate you guys building this sort of dangerous rig for yourselves, I have to hand it to ShockSlayer for his ingenuity. Now don’t set the house – or the cat – on fire.