I have a thing for cars and gadgets. I tend to mark the films and TV shows of my childhood by the car the characters drove and the gadgets in the flick. Magnum PI had his Ferrari, Rockford had his Trans Am, Bo and Luke had the General, and Back to the Future II had that sweet DeLorean, the hover board, and those shoes that lace themselves. 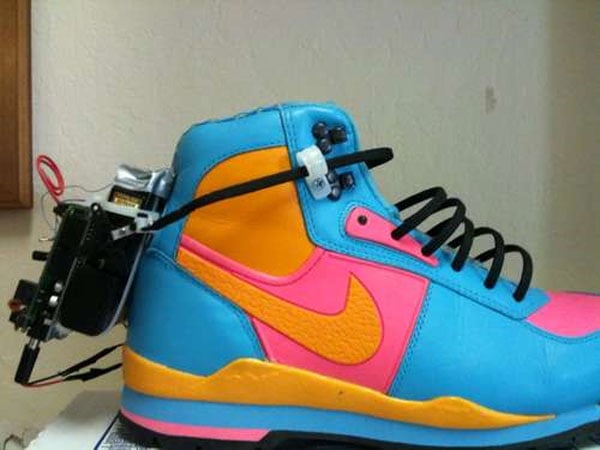 The DeLorean is a real car, we already have a hoverboard, and if you’re sufficiently geeky and have some free time and a penchant for really ugly footwear, you can rig up your own self-lacing shoes too. Instructables has a full DIY project that involves wires, servo motors, and the ugliest pair of Nike shoes ever constructed.

When all is said and done, you have a massive motor thingy hanging off the back of the shoes and the laces self tighten. Yeah it’s a cool project, but  Cindy Lauper called, and she says she wants her shoes back.