Spruce Deuce, the Robot Drummer Percusses His Way Into Our Hearts 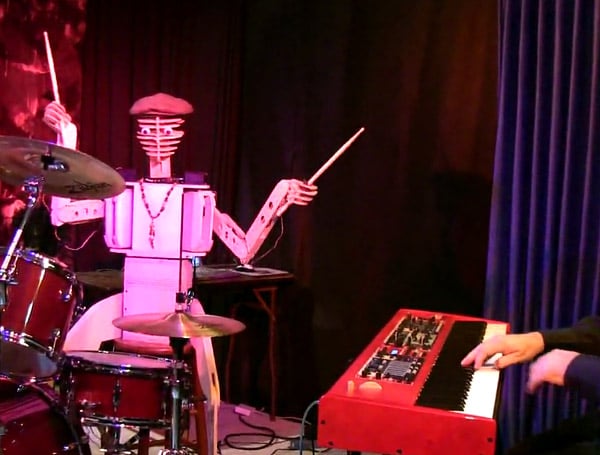 Spruce Deuce gets his rhythm by using a set of arm and wrist servos, controlled by a Highly Liquid MD24 MIDI servo controller.

While he doesn’t rock out like, say, this guy, the robot drummer is still pretty impressive in my book. Perhaps he should get together and do a concert with Toyota’s robot trumpet player and robot violin player.