I really like this animation by German artist Surfap – based on the classic 8-bit NES game Super Mario Bros. 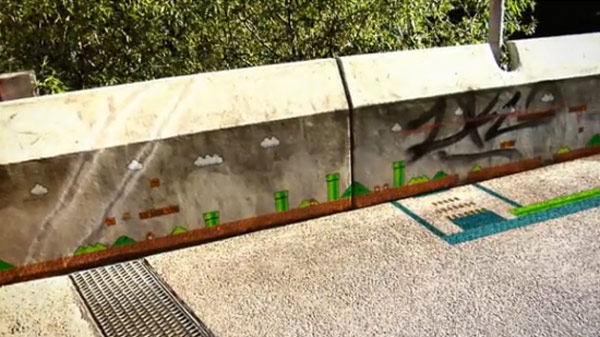 I’m actually not sure how he achieved the effect, but the illusion makes it look like the game was painted on a concrete wall and sidewalk. I suspect that it was actually done with some computer post-production trickery, but it’s still impressive.

I like how he managed to show entire levels on one continuous image – that sure would have made it easier to anticipate what was coming up if the real game played that way.