There are probably a million different iPad stands out there, but none of them have the simple appeal of this one: it uses rubber bands and pencils so that your iPad can rest peacefully still while you browse. 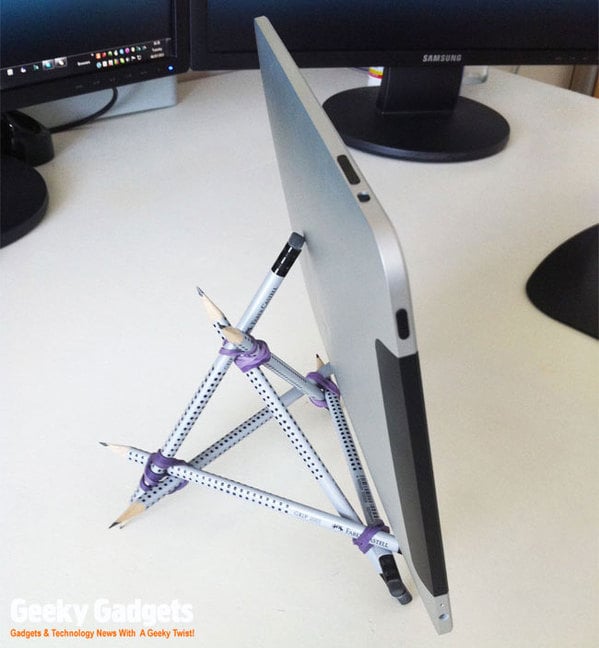 In order to make your own, you’ll need six pencils and four rubber bands. If you’re worried about scratching up your fancy new iPad, don’t be! The rubber erasers on the end of the pencils serve as a cushion to protect the case of your iPad. 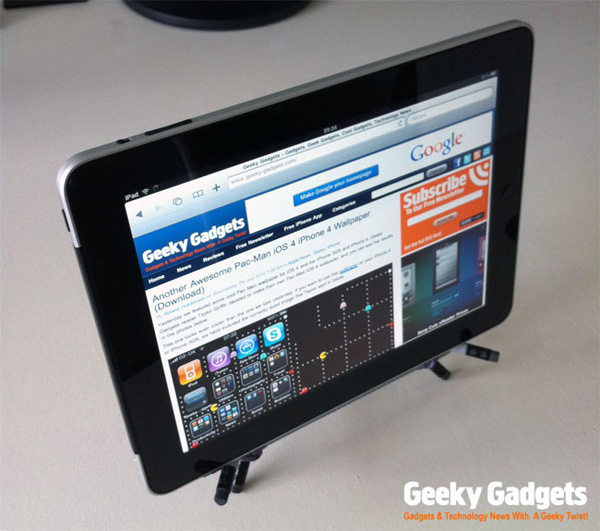 This great little hack comes courtesy of Julian Horsey of Geeky Gadgets. You can check out how exactly to create this shape here. It might be a good idea to use even more rubber so that the metal of the eraser ends of the pencils doesn’t scratch your iPad, but ultimately, this is a very portable and handy dock that can be tucked away into a pencil box when not in use.