It’s a who’s who of Doctor Whos! 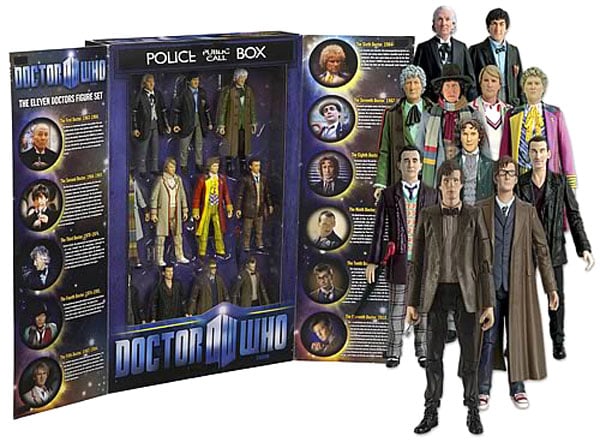 Looking at the Doc’s various incarnations, it’s evident that he’s getting younger and younger with every reincarnation. Just one of the perks of being a Time Lord I guess.

You can pre-order the Doctor Who Eleven Doctors action figure box set at Entertainment Earth for $100 (USD); the product will be available starting August 2010. $9.09 per Time Lord? I guarantee you there is no time and space where that’s not called a good deal.