Once again, an AT-AT Imperial Walker from Star Wars has been zoomorphized into something cute. Aw, isn’t it precious – the little AT-AT is learning to use the Internet. 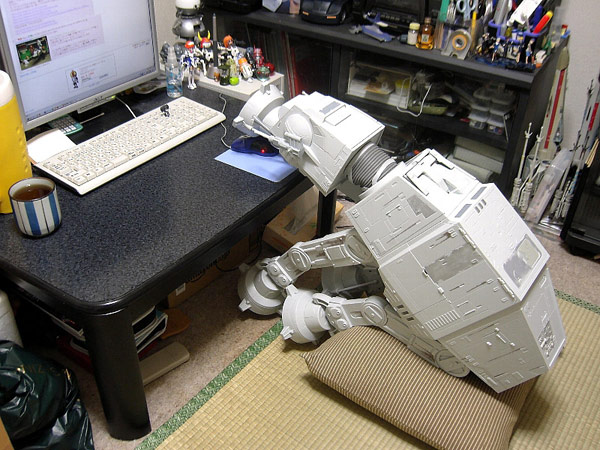 I wonder if it’s bookmarked Technabob. Get ’em started early, I say.