If you’re still annoyed about learning that your new iPhone will drop calls if you don’t hold it right, don’t worry too much since this great new steampunk dock will make you feel much better! Ok, maybe it won’t, but it still looks cool. 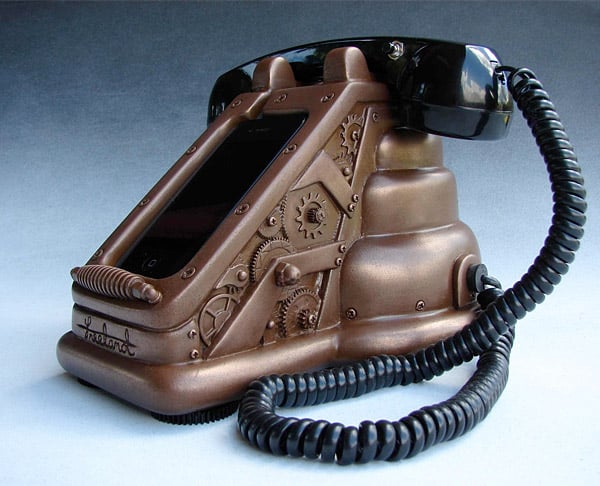 It’s called the iRetrofone Steampunk Copper iPhone 4 dock, and it looks pretty sweet since it allows you to use the retro handset to use the phone while it’s docked. I think that this is a great idea. 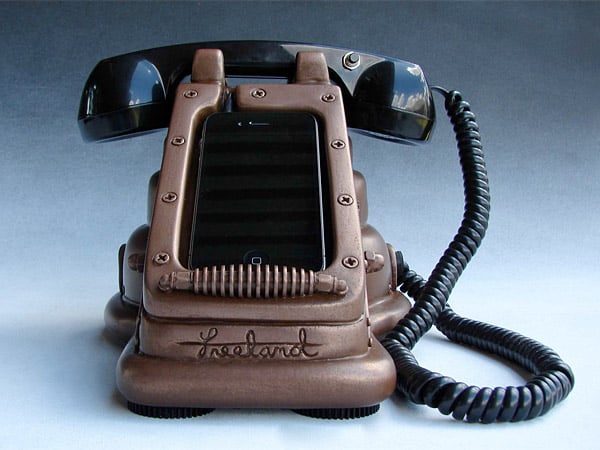 The dock is made out of copper, so it’s quite heavy. But it’s not its weight that is the only substantial thing. It’ll weigh heaviliy on your bank account too. Each one is sculpted, cast, and polished by hand artist Scott Freeland, which is why it sells for $450 (USD). Wow, talk about pricey! Heck, that’s more than two iPhone 4s. At least there’s no 2-year contract required with it.