Star Wars in a Subway Car: Next Stop, Death Star.

Imagine this scenario: you’re quietly riding the subway to work, probably sipping on some hot coffee to get you fully awakened, when all of a sudden, in walks Darth Vader and some stormtroopers! 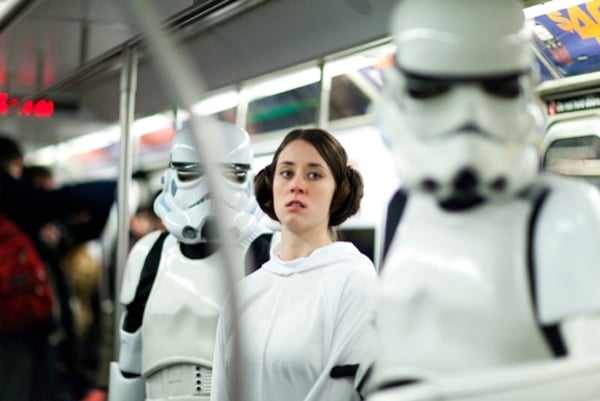 Well, this really happened. A bunch of people dressed up as Star Wars characters and paraded around New York’s subway cars. They  acted out part of Star Wars Episode IV: A New Hope for the initially befuddled, then amused onlookers. The whole thing was another improv mission that was featured pulled off by the guys at Improv Anywhere. Check it out in the vid clip below…

I think that the best part is when Princess Leia is reading her book entitled “Galactic Rebellion for Dummies.” 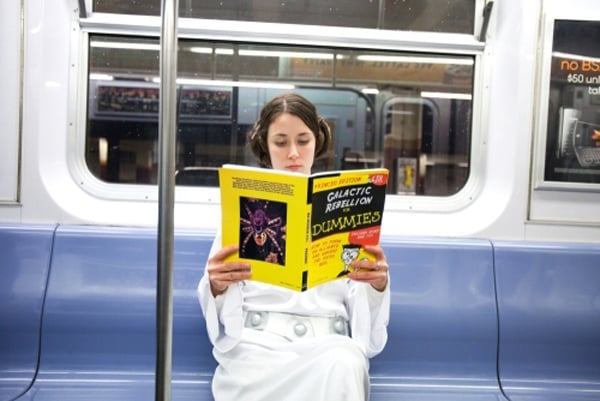