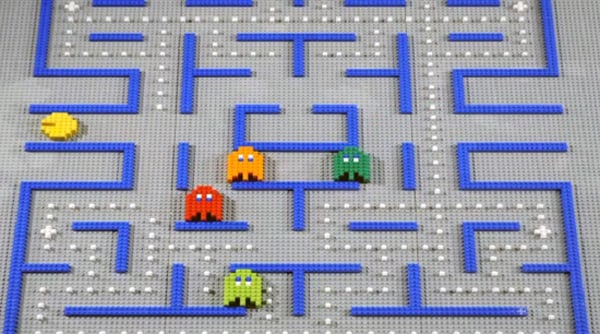 The video took over 1,500 hours to complete, since each LEGO-constructed character needed to be moved around individually, then photographed. While the music video has been around for a little while now, this is the first time I’ve seen these behind-the-scenes pics: 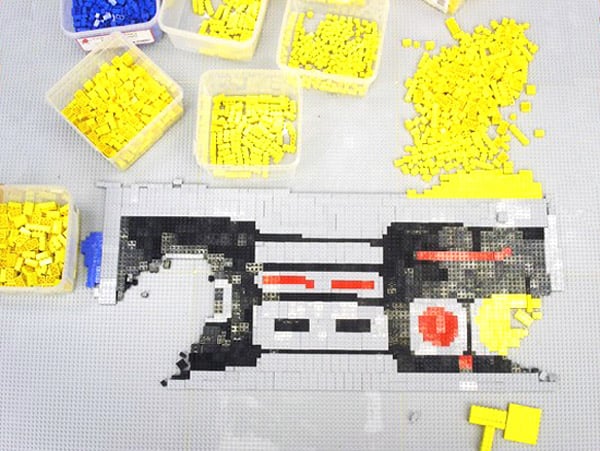 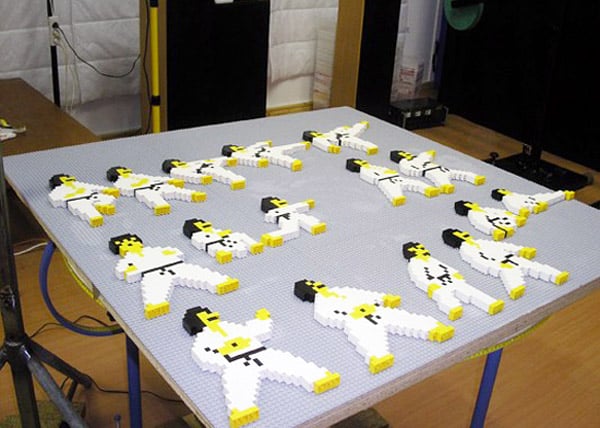 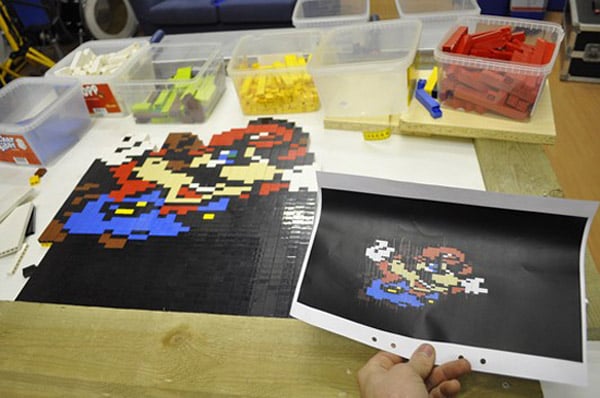 And for those of you who never saw the completed video, here it is. I have to say it’s very impressive indeed:

You can find Super Mario, Yoshi, Pac-Man and a cast of many others in this great little video.