A picture really does speak a thousand words here. Modder Evil Nod managed to somehow cram a fully-functional Nintendo 64 system inside the body of an old SEGA Game Gear portable. Why? Why the heck not, I say. 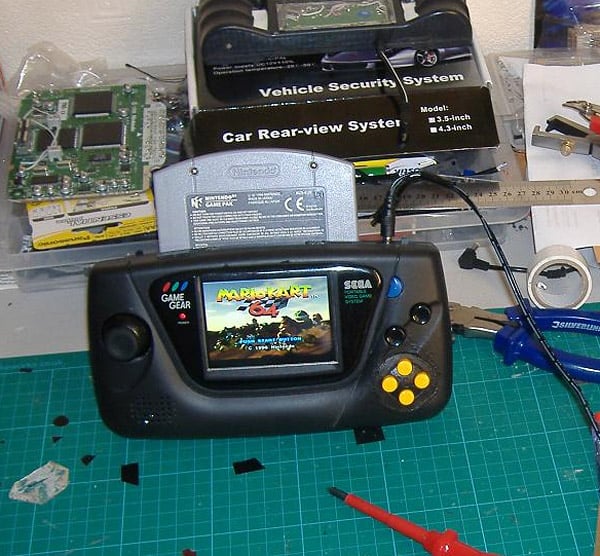 The only thing that doesn’t fit in the handheld mutant is the N64 cartridge itself, which protrudes several inches out of the top of the device. And because of the power needs of the N64 mobo, it normally has to be plugged into an AC adapter – although Evil Nod has a bulky add-on battery pack working with it too. Here’s a quick video showing off the N Gear 64 in action:

Wanna see how it was done? There’s a complete build log here.