A LEGO NXT enthusiast has built a remote-controlled Wall-E that can transform into a box, just like in the movie when Wall-E goes to sleep. The robot can also move forward/backward, spin in either direction, hold – and drop – objects and look up or down. It probably can’t change its own parts though. 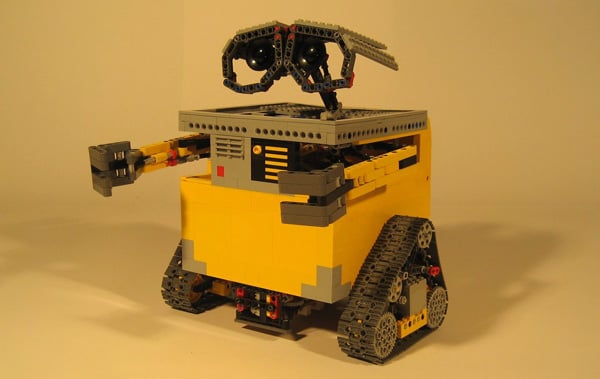 Here he is in action as captured on video by his love, EVE:

The creator says his robot can also “make sounds”, and I was hoping to hear it say “Waaaaaall-E”, but it didn’t. Sadface. Check out more pics and info of LEGO NXT Wall-E here.