You’ve probably heard of Joby’s Gorillapod. It’s a great take on the classic tripod that doesn’t take up too much space, and works just about anywhere. Now, it turns out you can reuse your Gorillapod as an iPad stand too. 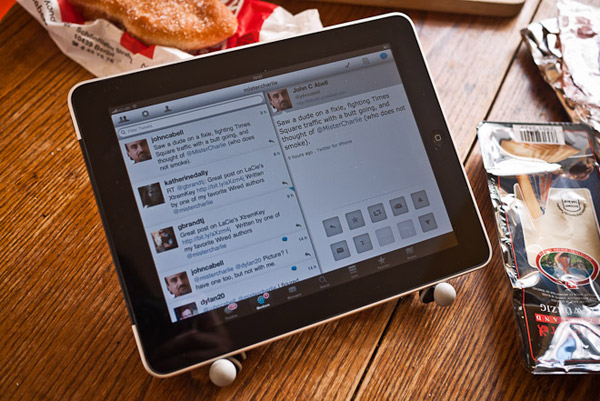 For this stand, the smallest Gorillapod for cellphones and cameras was used. The Gorillapod is sturdy enough to hold the iPad in a variety of directions. It even works in bed. Since the Gorillapod can be folded up very tightly, it makes it easy to carry one of these around wherever you go. 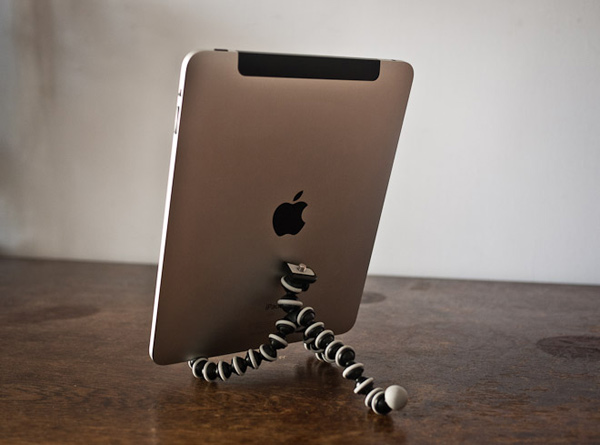 I don’t know why I didn’t think of this before, but using a Gorillapod as an iPad stand is a great idea, and a use for a gadget you’re probably not using all the time. If you’ve already got one, you’re all set. And if you don’t, a Gorillapod costs $30 and you’ll not only get a nifty tripod for your camera, you’ll get one of these.