Sony 360-Degree Volumetric Display: the Stuff Sci-Fi Dreams Are Made of

Sony just introduced a video demonstrating this amazing new 360-degree display technology that’s something you might find in a James Cameron movie. 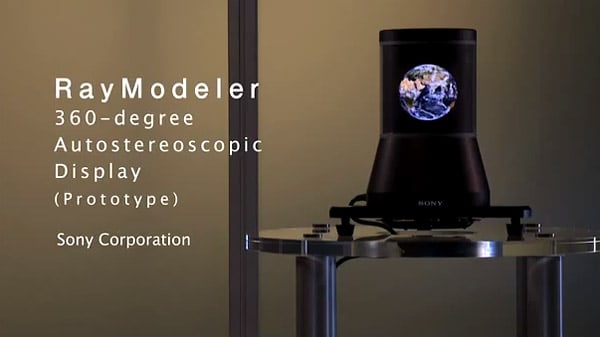 The new autostereoscopic display projects 360 individual slices of an image onto an array of special LEDs, providing a volumetric display you can walk around and view from any angle – without glasses. It can even recognize gestures, allowing you to manipulate the object displayed on screen.

Check it out in the demo video below:

If you happen to be at SIGGRAPH 2010 in Los Angeles between July 25th and 29th, you’ll be able to see the Sony 360-degree display in action at the Emerging Technologies section of the show.