This cool video was released almost two years ago, and I think that it still looks good. Actually, it looks pretty awesome! It features a bunch of guys having a lightsaber duel. 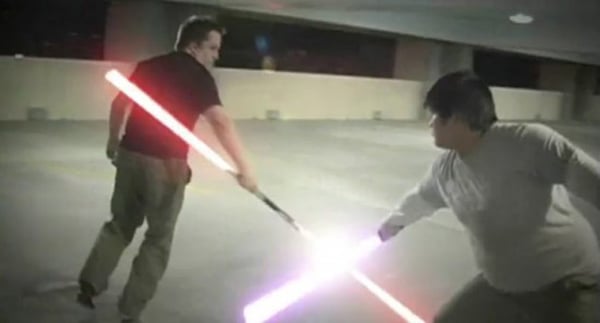 This lightsaber duel was made by Brian Curtin, Mat Powell, and Matt Hall. It’s good enough to make your forget the two pudgy dudes in it. Some of the action is really good. Granted, it’s not as fast as it should be, but hey, this was made for not a lot of money using DIY green screens in some parking lot. Heck, the lightsaber hilts were made from sink faucets!

And if you’re not into Star Wars, their latest project is called Beyond Black Mesa and is based in the Half-Life universe. I just watched it and it looks a lot better than the Star Wars duel! Check it out below.