This 8-bit map of New York City was made by Brett Camper for the 8-Bit Cities project. The goal is not to make your city look like a video game map, but to make it feel less foreign and more familiar. 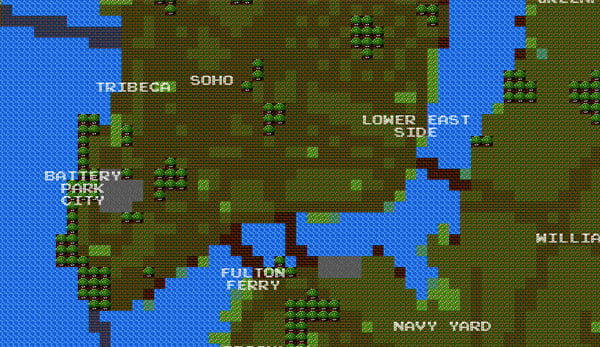 I don’t know if they really achieve this goal, but I do like the retro look of the maps. 8-Bit Cities works similar to Google Maps. You can type in an address and the software will locate it on a map. One thing that I’ve found, is that these maps are a lot easier to remember than normal maps, because they blur out the details that you don’t actually need while you’re navigating. 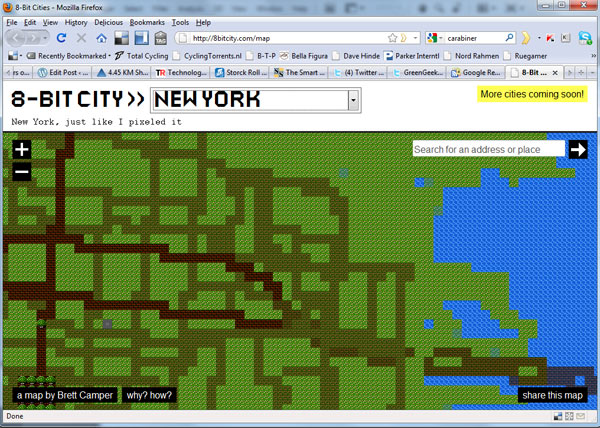