The Millennium Falcon Guitar: Not Quite Ready for the Kessel Run

I don’t think that Han Solo ever intended that the Millennium Falcon would be used as a model for a guitar, but musically inclined Star Wars geeks will rejoice when they see this nifty axe made to look like Solo’s ship. 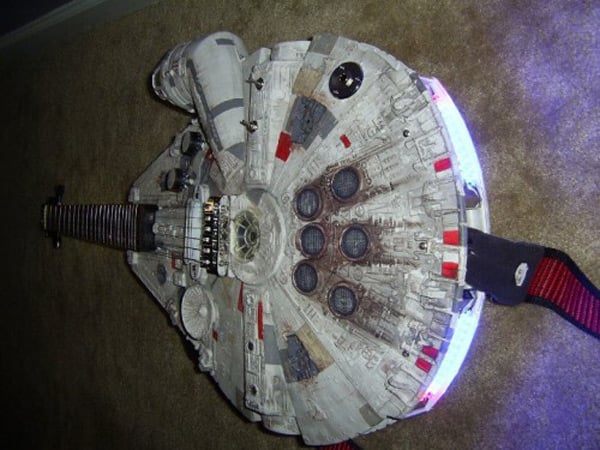 This custom electric guitar was built by Travis S. and incorporates an original Millennium Falcon toy as part of the guitar’s body. The toy was attached to a hard maple backing block, which in turn was attached to guitar neck blank. There are even light-up engine blocks, which is even cooler. 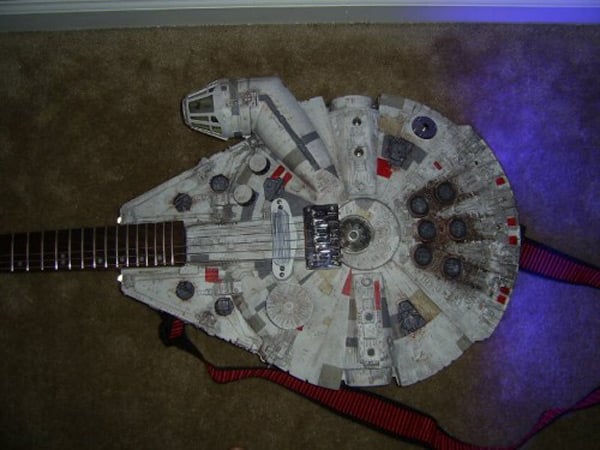 There’s even a Micro Machines Millennium Falcon that’s used for the guitar’s truss rod cover. It took Travis about a month to make, since he had to scrounge for all the parts.