Abyss LED Watch is About as Minimal as You Can Get

While many of the unusual electronic watches coming out of Asia feature complex displays that border on insane (you hear us Tokyoflash?), this LED watch is about as simple as we can imagine. 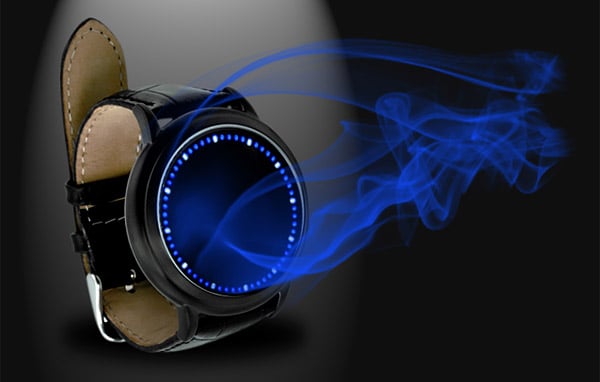 The ABYSS watch has no hands. And no, it doesn’t emit blue smoke. And despite its name, I don’t think it has anything to do with the James Cameron movie. There’s just a single ring of LEDs dotting the circumfrence of its face. White dots indicate hours, blue dots indicate… um… we’re not exactly sure what the blue dots indicate. 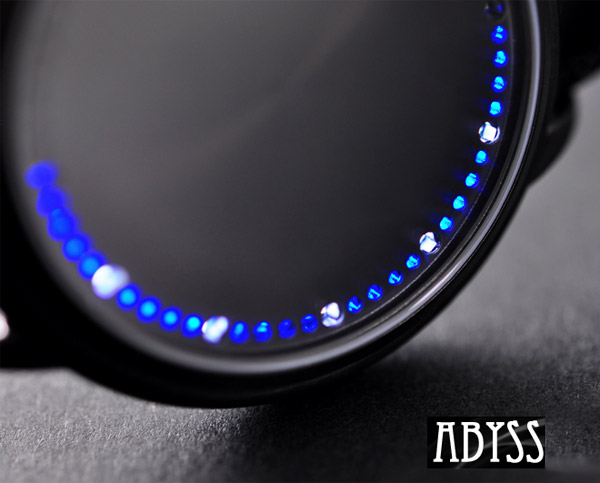 Best we can tell from the pictures, they’re parts of an hour. But since the product details say the watch’s touchscreen face is used for “changing hour and minute data,” it’s possible that you look at hours in one pass, and minutes in another. On second thought, this is starting to sound complicated. Either way, the ABYSS probably looks pretty cool in a darkened room, even if you can’t tell exactly what time it is. 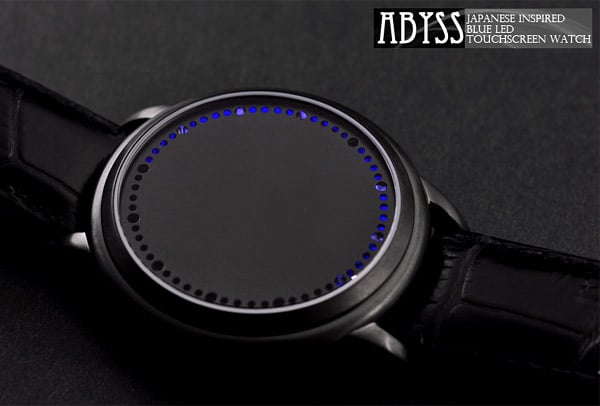 The description refer to the ABYSS as “Japanese-inspired,” meaning it’s probably made in China. While the ABYSS watch doesn’t look like it’s got the build quality of a ToykoFlash watch, it is a heckuva lot less expensive.  The ABYSS sells for just $48.09 (USD), and you can grab one over at Chinavasion.