Some of the cast of The Avengers movie showed up on stage at Comic-Con 2010: 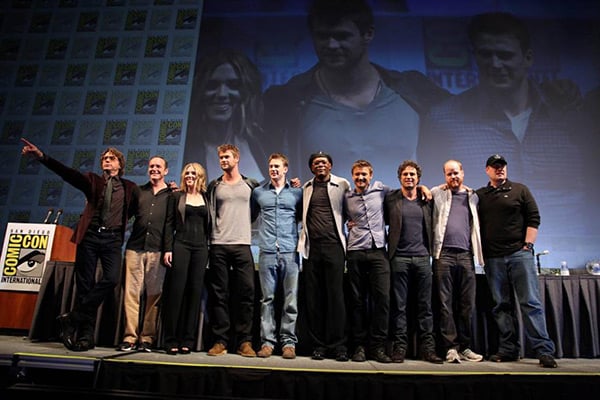