Repulsor Beam Blaster Will Defeat Even the Strongest Shadow!

Kidnapped by his devotion to tinkering, a man named Chein was forced by boredom to create the Repulsor Beam Blaster, and with its trademark flash of light he became known as…the Iron Photographer. 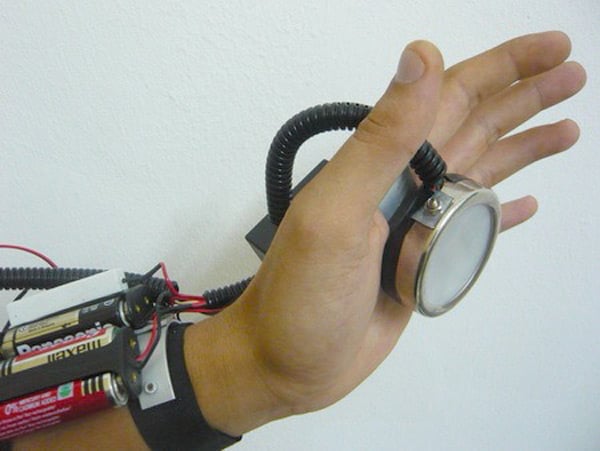 Actually, Chein’s weapon really can cause harm , in this case temporary blindness. Thank god he’s on our side! His invention uses a DC step-up charging module from an analog camera, which steps up the 3V power source – the batteries you see above – to 330V, which is then used to fire up a Xenon lamp, creating a blinding flash of light.

This and the arc reactor would make a great addition to the War Machine costume. Combine forces, you geeky nerds! Check out Chein’s blog for more pics and info.