According to AppleInsider, Apple has contacted retailers about impending shortages of the Apple iMac, suggesting that a new model may be forthcoming. This isn’t exactly news, because Apple’s desktop line really is due for an internal upgrade. The real tasty treat was shared by Hardmac. Not only did they say that the iMac (and the Mac Pro) would be seeing an “end of summer” update, they also said that the updates will include zippy USB 3.0 and FireWire 1600 or 3200 interfaces. 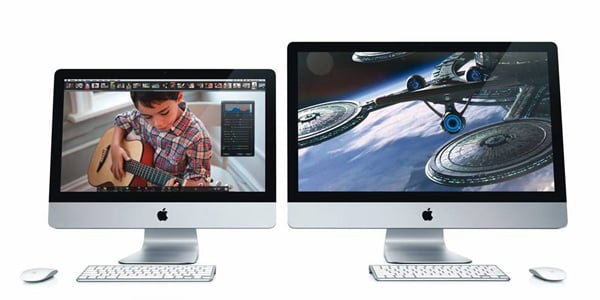 Although to be honest, I don’t think that the USB update is true, if only because USB 3.0 isn’t prevalent yet. Apple can just as easily add that in a year or two. An HDMI port would be more likely. And if anything, it’s the processors and GPU on the iMacs that need an update.

In the end, if you’re planning on buying an iMac in the coming weeks, keep these rumors in mind. Not necessarily what they say, but their timing. These two combined with the touchscreen iMac rumor are indicating that the iMac line will soon be refreshed, perhaps within a month or two. If you can hold off on purchasing an iMac then do so.