Arkhippo iPhone Case Concept is as Fat as a Hippo

I was using my iPhone the other day and thought that it was just too thin and svelte to be of any real use. What I want is a case that makes it so fat and bulky that the brick phone my dad had in 1990 would make fun of its weight problem. 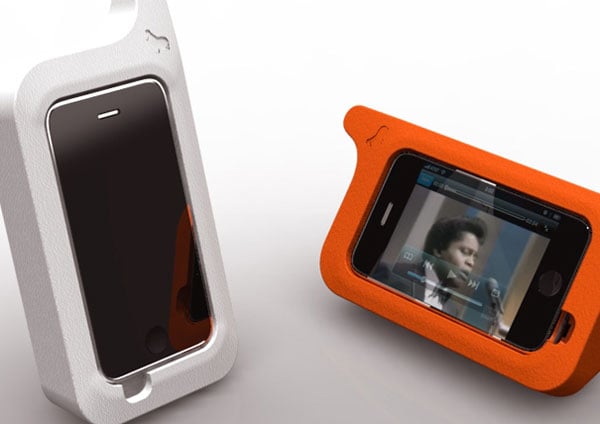 A new case concept has surfaced called the Arkhippo and it makes the iPhone fat like a hippo with none of the underwater capability and vicious biting attacks of a real hippo. The case is made out of the same stuff as Crocs shoes, or at least would be if it were real.The case would measure 170 H x 83W x 50 D and I am assuming that is in millimeters though Yanko Design doesn’t specify. The case lets the iPhone sit in landscape or portrait mode for watching video hands free.

Can you imagine trying to stuff this thing in your pocket?