Rate Rush put together this handy chart comparing Reddit and Digg. Between the two, who would win in a fight? I no longer use either on a regular basis, but some people swear by these social news sites. 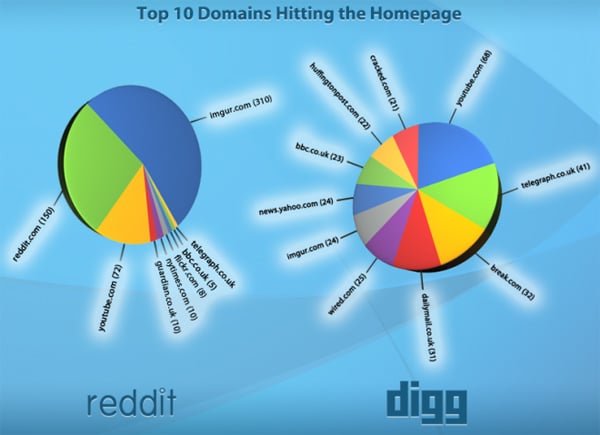 I stopped using Reddit a few years ago. But, I always preferred Reddit over Digg. Whichever site you choose, these social bookmarking sites can be controversial, since a tiny percentage of users seem to create and promote most of the content. Digg and Reddit have tried to makes things more balanced over the years, but the jury is still out on who will be victorious.