This remote-controlled Millennium Falcon seems to have had a slight design modification from the one in the movies. Instead of giant hyperthrusters (or whatever they’re called on the back of the real Falcon), this version is propelled vertically into flight like a helicopter. On the plus side, you can fly it in your bedroom thanks to a foam exterior and soft copter blades. 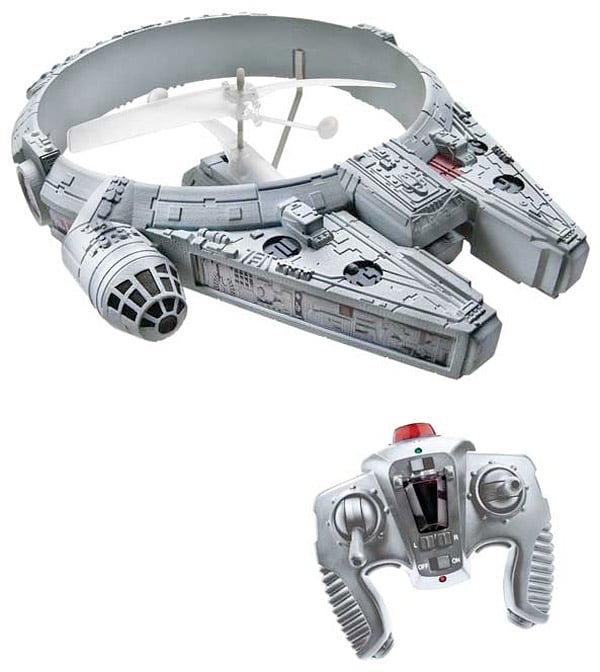