If you’ve always wanted to build your own programmable robot, price or technical complexity might have gotten in your way. But this new robot from RobotShop brings the cost down to a pricepoint that mere mortals can afford, and is easy to assemble and get started with. 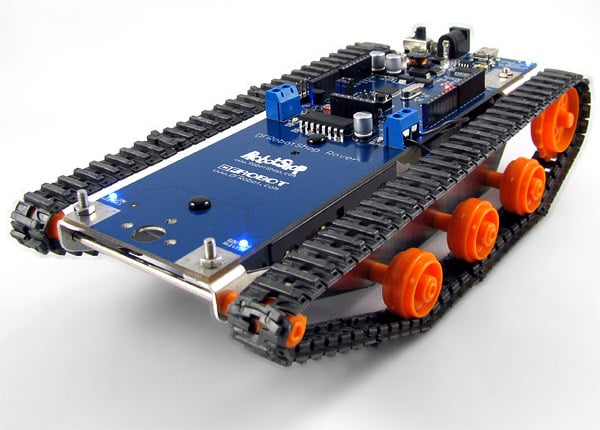 Priced at just $89.99 (USD), the DFRobotShop Rover is an Arduino-compatible (ATMEga 328-based) robot that runs on treads like a tank. The compact kit gives your everything your need to get started, including the assembled circuit board, robot frame hardware, and a Tamiya motor gear box and tread and wheel set. The robot is powerful enough to carry a payload of 2kg (appx. 4.4 pounds) without any problem. 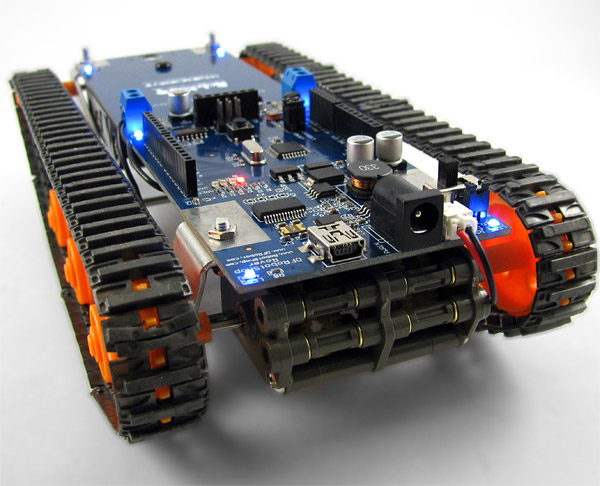 All you need is to grab the Arduino programming software, hook up a MiniB USB cable, and some AA batteries, and you’ll be able to build your own robot tank army on a budget. Maybe the government should buy some of these to do menial tasks. 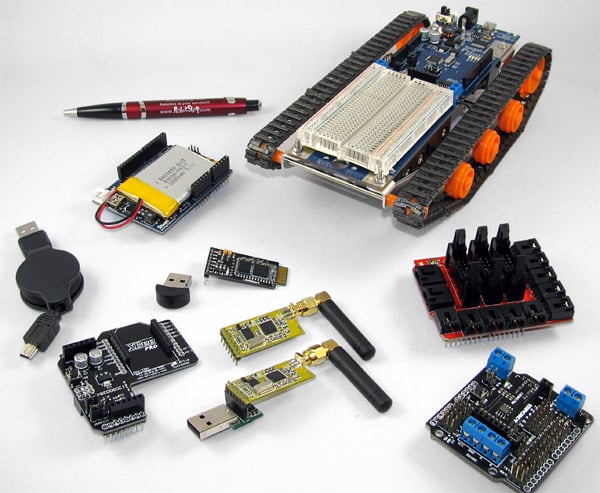 You can get your hands on the DFRobotShop Rover kit as well as a variety of accessories over at RobotShop now.