Paul Bussiere spent five years building a replica of everyone’s bleeping astromech, and you know what he does with it? He shows the droid to patients at a hospital to cheer them up. The Force is insanely strong in this one. 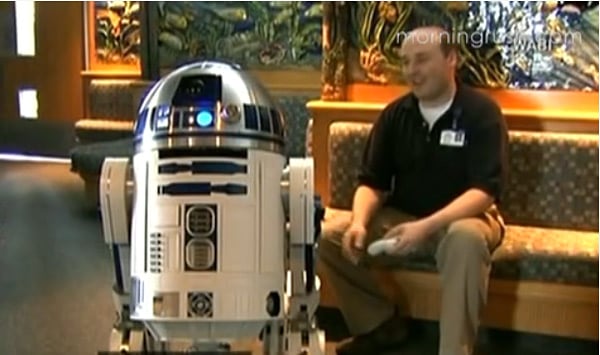 You can tell that the kid with the cap has just had his brains obliterated by exposure to the awesome droid. “That’s just. I don’t know. It’s amazing. To me.” A tip of the hat to you Mr. Bussiere.