The steampunk “Electromagnetic Geospacial Globe and Remote View with Obligatory Goggles” doesn’t just look cool, I like what creator John Knight is trying to do – making the ol’ globe more useful. RFID tags attached to the surface of the globe allow Knight to control Google Earth on an iPad and provide a more detailed view of a chosen area. And the goggles? They don’t have any purpose yet, except to make the whole thing look more steampunk. 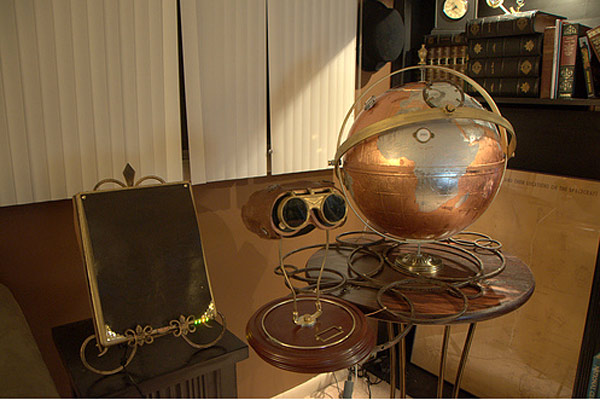 Here’s the setup in action. It’s a work in progress, so don’t expect too much from it yet:

If I had tinkering skills I’d ditch the iPad and make a touchscreen globe that runs Google Earth.