It’s a well-known fact that the Empire is not too fond of non-humans, Wookies especially. So it’s only appropriate that Darth Vader would enjoy a little Chewbacca Pie on his favorite plate. 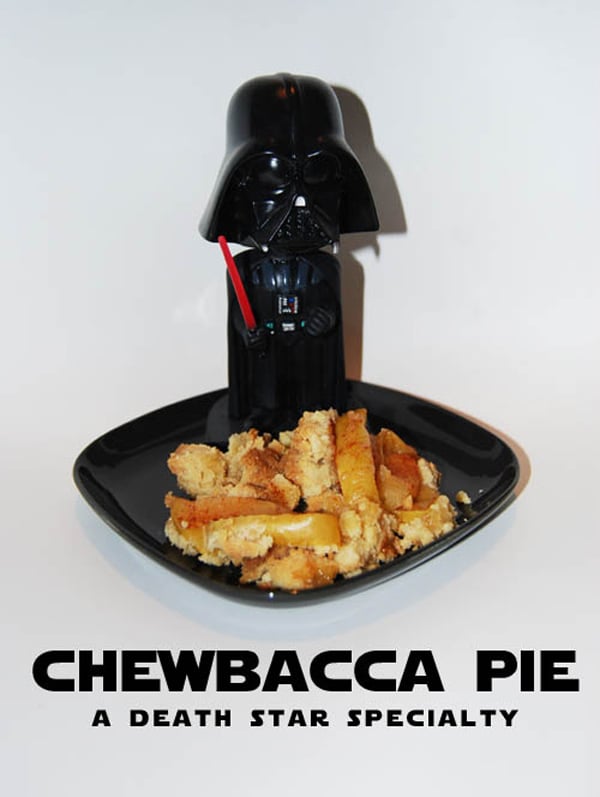 Leetlady, a geekette from Norway, recently made this sweet pie and added a touch of geekiness, thanks to the goofy Darth Vader plate. To me, it looks more like an apple crumble than Chewbacca Pie, but who am I to judge?