Pocketbike I7: Yep, It’S a Computer, Not a Motorcycle

This miniature motorcycle probably wasn’t street legal before modder Saibot got to it, and now most certainly it won’t be heading out for a ride any time soon. 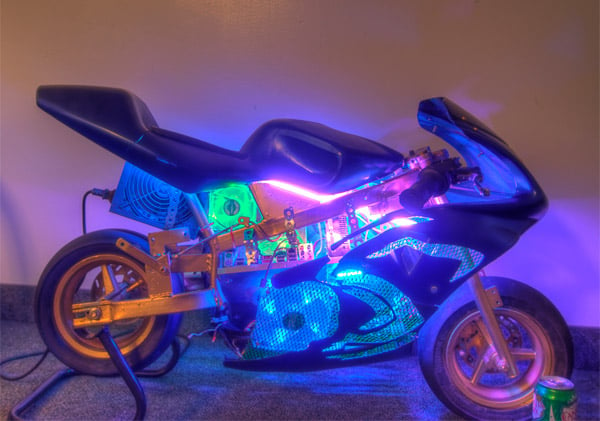 While it used to run up to 70MPH, this pocketbike has been converted into a fully-functional computer workstation. Of course, that doesn’t mean it’s not fast. Under the hood of this stellar casemod is a speedy Core i7 920 CPU on an Asus P6T mobo, with an EVGA 9800 GTX+ graphics card, 1TB of storage and 3GB of DDR3-1333 RAM. Saibot finished off his computer minibike with 5 bright CCFLs, 1 LED spot light and a pair of neon under-car lights to give it a serious glow. 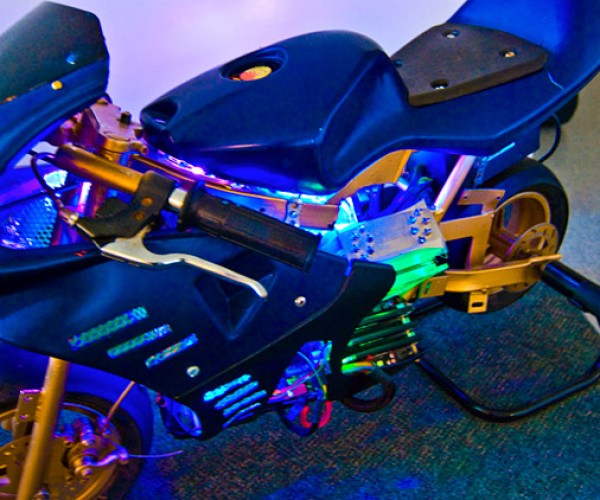 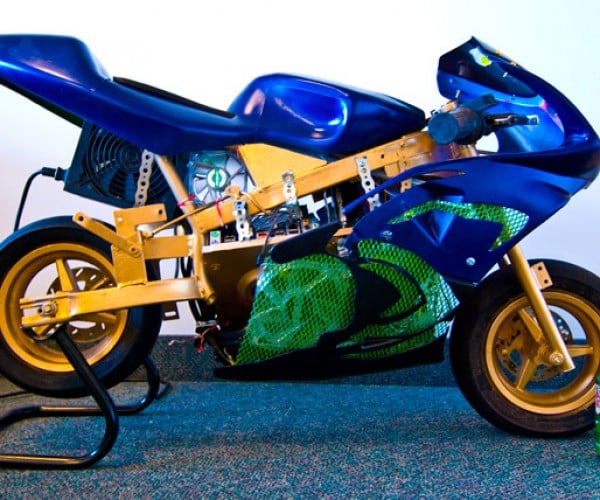 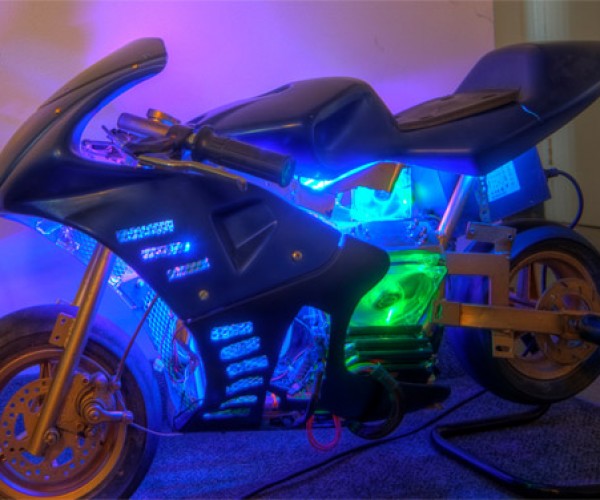 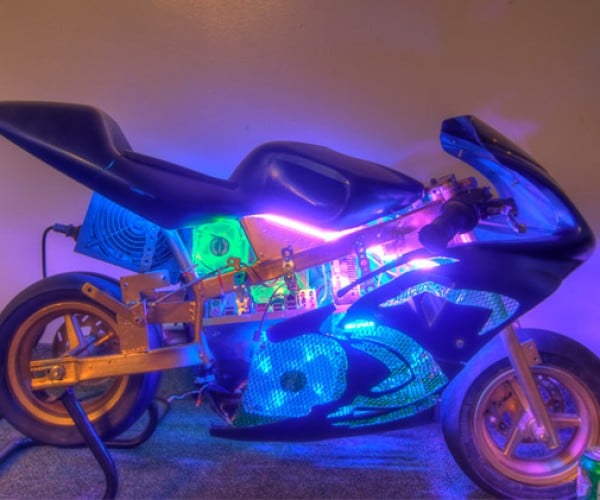 According to Saibot, “the project lasted 5 months, out of which, i’ve only worked on it 12 days. The rest of the time was spent making craploads of money to fund the project and screwing around because of my lazyness.” If this is what you can do when you’re being lazy, I’d like to see what you can create when you put your mind to something. Great mod, Saibot!