While I always thought WipEout was about dizzying 3D computer-generated graphics, the guys working on this project have taken a decidedly low-tech approach to the game. 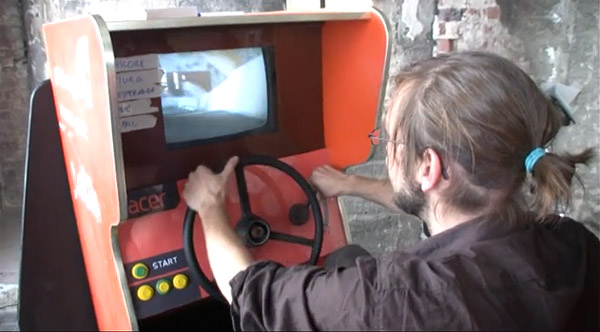 Devised by Malte Jehmlich and Matthes Mikysec of sputnic.tv, RACER is an analog variant of video game racers, using an old arcade cabinet, an R/C car, a wireless camera and a racetrack created entirely out of cardboard. The driver sits in the cockpit and controls the remote car as it makes its way through the treacherous track. Make sense? 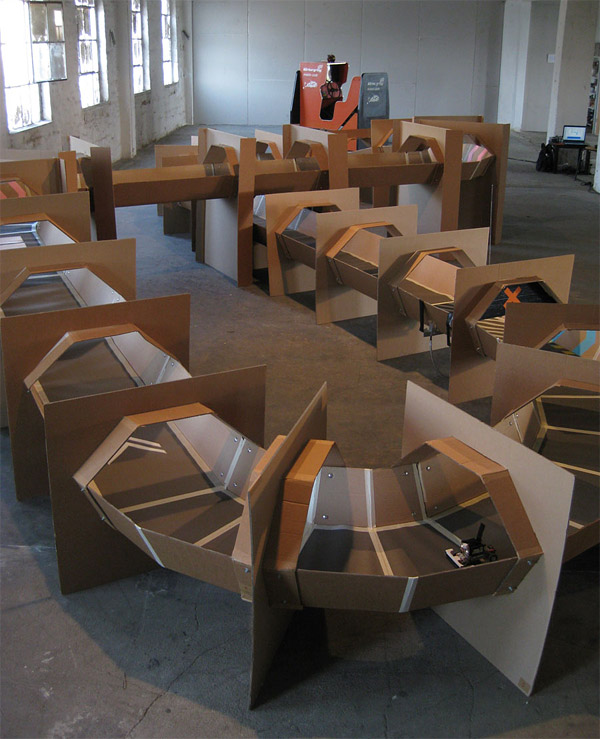 Perhaps this video clip will set you straight:

According to the guys who made RACER, the track measures in at about 23 feet by 29 feet, which definitely won’t fit inside of my PS3 no matter how hard I try.