Well here’s a different way to play Super Mario Bros 2… with your eyeballs. 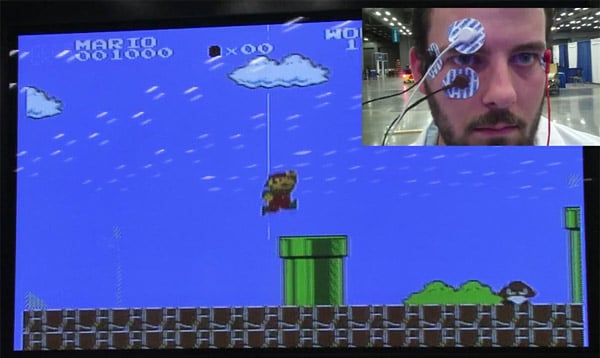 The guys at Waterloo Labs rigged up an eye-tracking contraption using electrodes placed around each eye, then mapped through a custom circuit and a Single-Board RIO system to convert eye movements into joystick movements on the NES.

Frankly, the whole “look up to jump” thing seems a little ridiculous. There’s nothing quite like looking away from the screen to control a game. Still, it doesn’t look much sillier than trying to play Microsoft’s Kinect.

[via Wired via Gizmodo]