Disposable Printer Concept: Like a Polaroid, Only Completely Different

Anyone who has been to a family gathering in the last 20 years has probably had their photo taken with one of those old school Polaroid instant cameras. You know the type that spits the photo out the front and you can watch it develop. A new concept printer by Yuexun Chen & Chia-Chen Hsiao is sort of the same thing for the digital revolution. 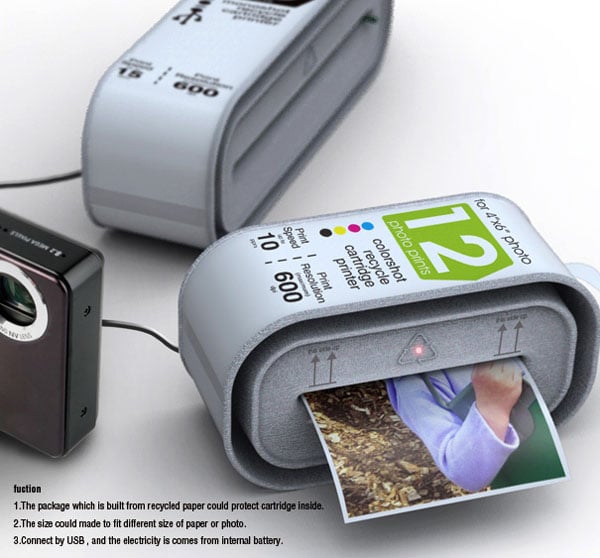 Polaroid offers a portable printer that will print your photos on the go, but they are a weird size. This concept printer is a disposable unit that has the paper and ink all inside the cartridge. 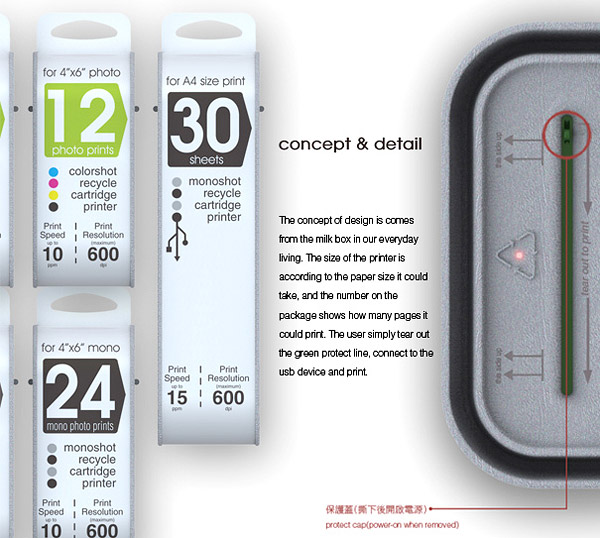 The printer would come in different sizes to print the photo in whatever size you want. The concept also connects directly to your camera for the print out. This could be very cool, and if they were cheap enough I could see the concept working. I think these would have to sell in the under $20 range in order to be successful, though.